Democracy is at stake. “Occupy Central” as the Solidarność?

In the streets of Hong Kong there are still hundreds of young people, scattered on three principals: Admiralty, Causeway Bay (on the island of Hong Kong) and Mong Kok (Kowloon Peninsula). Not only Hong Kong, but China is also under siege. At the periphery of the empire are revolts in Taiwan and Macao. Uighurs rebel in Xinjiang. And the chinese communist party fears the contagion. 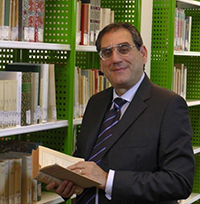 However, the movement is already divided on its future. The negotiations between the students and the government of Hong Kong have not taken off. In the past few hours, due to a partial withdrawal of the occupants of the civil disobedience movement "Occupy Central", which in recent days were in the thousands, the city seemed to return to normal, with a recovery of the stock market, sensitive to signals coming from the USA.

The movement passed, from the seemingly uneventful clashes with police, who used tear gas and pepper spray and has exhibited shotguns, to a few scuffles with pro-government protesters, as defined by the occupiers "criminals hired "and provocateurs. After the Arab Spring, the civil war in Syria and the executions of ISIS, we are faced with a microscopic Tiananmen? Improponibile comparison, for drama, violence, and historical and political context. But, the same desire for democracy explodes out.

Policy reforms, presented to man symbol of a negative power, the hated Chief Executive, Leung Chun-ying, as often happens in history, start at immediate issues, but they look very far. The People's Daily, the official newspaper of the Chinese Communist Party, in an editorial, defines the revolution of umbrellas, step back on the path of democracy. The newspaper writes: "a fundamental principle of democracy has it that a small minority has the right to violate, in one fell swoop, the public interest and public space, using illegal methods."
Let's take a step back. Occupy Central, led by Academician Benny Tai, between June 20 to 29 held a referendum (called "farce" by Beijing) in which he asked voters to choose between three proposals which share by 'idea to refer to the citizens, the choice of candidates for the post of Chief Executive.

The newspaper writes: "a fundamental principle of democracy wants a small minority does not have the right to violate, in one fell swoop, the public interest and public space, using illegal methods."[1]
Let's take a step back. Occupy Central, led by Academician Benny Tai, on June 20 to 29 held a referendum (called "farce" by Beijing) in which he asked voters to choose between three proposals which share the idea: “to refer to the citizens, the choice of candidates for the post of Chief Executive”.

Now, China has promised for 2017 election by universal suffrage for that office, but the Chinese Congress (NPCSC) August 31, 2014 unanimously adopted a resolution, apparently more democratic, in which you want a "Wider representation "for the Nomination Committee (now raised to 1,200 members), appointed to indicate the candidates for the office of Chief Executive. The Nomination Committee will propose 2 or 3 candidates of his choice, elected with at least 50% of the vote. Take into account that the current threshold is set at one-eighth of the vote (the threshold that would allow candidates pan-democrats to pass further!).

Occupy Central accuses Beijing is trying to maliciously form the Nomination Committee with loyalists of the Chinese government, persons linked to the strong industrial interests in China. In this way, with election laws too tight, they would easily close access to a more extensive list of candidates, filtered out by a body that proves to be nothing more than an emanation of the central government.

The Chinese government continues to argue that the electoral rules enacted, are to safeguard the continuity and stability of Hong Kong and that the majority of the population, of the former British colony, is not on the side of the pan-democrats. Not missing also the final jab: «Occupy Central must remember that "broad autonomy" does not mean "full autonomy"». Veiled threat? Not so much. The Chinese news agency Xinhua (Xinhua News Agency) said: « Beijing firmly opposes all illegal activities that could undermine rule of law and jeopardise ‘social tranquility’ and it offers its strong backing to the Hong Kong government”».[2] Therefore, the protesters represent, as described above, a force that is implementing "illegal activities", just temporarily tolerated. If the control has not become open repression is only because, it is believed, the Hong Kong government is on clear about what to do on all levels.

In fact, the office of Leung Chun-ying announcements are reassuring to Beijing about the loyalty to the central government. In saying that they will not be tolerated abuses by protesters and that, from a survey carried out into civil society, the vast majority of citizens approved the electoral laws in China. Of course, the pan-democrats laugh at the reliability of the government survey.To make matters worse,'ll Hong Kong government has canceled the first day of negotiations with the students, scheduled for Friday, October 10, after the protest leaders staged a demonstration in Harcourt Road, shortly before the meeting, to exercise a pressure on the administration.This was announced at a press conference was the number two in the administration of Hong Kong, Carrie Lam.[3]

They are particularly significant in the last few hours the charges against Leung had received 5 million euro from an Australian company to facilitate its expansion in Asia (the news was published by the Australian newspaper The Age). The spokesman Leung, Michael Yu, said that the payments, would be made for service prior appointment as governor. [4]

We will see what the outcome of the matter, and what the impact on the careers of Leung.
We stop here with the news. If we look at the past, the island of Hong Kong, a paradise... and the temptation of capitalism in Asia, was for 156 years a British colonial rule, then, from the July 1997 there was the transfer of sovereignty from the United Kingdom to the People's Republic of Chinese. In that year, the island's economy was hit by the Asian financial crisis, followed in 2003 by the outbreak of SARS (Severe Acute Respiratory Syndrome). Today, Hong Kong continues to play a leading role in the world economy, Asian in particular, having particularly specialized in the service sector.

Hong Kong is, also, a geopolitical, economic and historical frontier. Its special and delicate relations with the People's Republic of China, could tip the scales of history in a way that Beijing feels today as dangerous.
A spark of democracy, in an area so neuralgic and strategic for the whole world, could become, quite quickly in a fire. The collapse of the Berlin Wall, the end of the Soviet Union and communism in Eastern Europe, have given everyone a ultimate lesson. Some renewal processes can not be stopped. Even if they have a modest beginning. It all started with the strikes of the shipyards of Gdansk, led by Solidarność. Since then, nothing has been the same.