Aarau/Switzerland [APD]. On 24 May 2013 the meeting of the delegates of the Swiss Bible Society in Aarau elected unanimously Reto Mayer (Ittigen/BE) as new President and thanked outgoing President Protestant Pastor Jakob Bösch (Eschlikon/TG) who retired on his own accord after ten years of service.

Reto Mayer served as member of the board of directors of the Swiss Bible Society for the past ten years and was its Vice-president when elected. The 52 year-old Reto Mayer, who started his career in the insurance industry has been serving as pastor for many years after theological studies at the Faculté Adventiste de Théologie in Collonges/France and a Masters in Leadership at the Andrews University, Michigan/USA. He currently works at the European headquarters of the Seventh-day Adventist church (Inter-European Division). A native French speaker Mayer is also fluent in German and English. 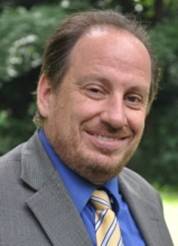 The Swiss Bible Society is the centre of excellence for the bible in Switzerland and the Principality of Liechtenstein supporting and promoting the translation, production and distribution of bibles, bible parts and biblical literature in Switzerland as well as abroad. It is the aim of the Swiss Bible Society together with over 146 national bible societies united as the global United Bible Societies to bring the bible in easy and modern language and form closer to the people.