Jan Paulsen also told the group of young adults from the church's Inter-American region, to embrace peers who are considering leaving the church or acting out in rebellion.

"Let's love them back," said Paulsen, referring to Jesus' example of the Prodigal Son. "God is in the business of saving people."

The broadcast was the most recent installment of the Let's Talk series, in which Paulsen fields impromptu questions from youth. The series has run more than 20 times in locations worldwide. The February 6 broadcast included interpreters for the Spanish-speaking audience of 18.

During the unscripted broadcast at San Salvador's Channel 33 television studio, Paulsen reiterated themes from previous episodes. Again he encouraged youth to actively participate in church, and for church leaders to bring youth into positions of church leadership.

"To my colleagues... trust them enough to give them responsibility," Paulsen said. "Many [young people] have said, if the church doesn't need me today, I'm gone tomorrow."

Paulsen also encouraged youth to share biblical principles with peers instead of feeing they need to adapt to other lifestyles to share the gospel.

"You don't have to change any biblical values. You just have to talk about them as values which can enrich their life... both for a secure future and to shape the way we live now," he said.

Regarding teens in the church who act rebelliously, Paulsen said, "Teenagers are very sensitive and can feel guilty very easily. Support your young people, show that you care for them."

"Everyone makes mistakes," Paulsen said, including himself in the statement.

Regarding local ministry and education resources, Paulsen said regional leaders were the ones to make decisions for their own areas. Responding to a question about the possibility of each country in Central America establishing its own Adventist university, Paulsen said there is no limit to the number of institutions that could be built, but the needs of the community and the nation need to be considered.

"We want it to be top quality with whatever we establish," Paulsen said. The church now operates universities in the region in Colombia, Costa Rica, Mexico and Venezuela.

Paulsen answered a question about sexual abuse, calling it a "huge challenge" for the victim, but saying that person should "not have any doubt that God loves them."

The next Let's Talk is scheduled for March 7 in the Netherlands. 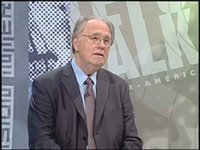