Lisbon, October 26, 2011.[SDA Portuguese Press]. The Seventh-day Adventist Church, as member of the Portuguese Inter-religious Work Group, participated in a conference that was organized by the Nursing and Bioethics Centre of the S. Francisco das Misericórdias Nursing School. This Inter-religious Work Group coordinates the implementation of laws concerning Spiritual and Religious Assistance in the National Health Service. At this conference, held in Lisbon’s Banco Montepio Geral auditorium, the opportunity was given for the different religious entities that are part of the Work Group to present their specific interaction and collaboration within the Group.
During his 10 minute ad 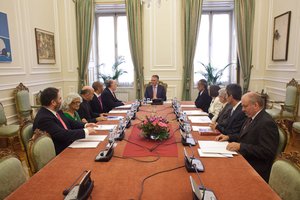 dress, Pastor Artur Machado highlighted the significance that health has in the Adventist message by telling about the hospitals and health institutions owned by the Adventist Church around the world. He also presented the Adventist Chaplaincy Ministry, which exists since 1875, demonstrating the significance that Adventist Healthcare places on Spiritual and Religious Assistance. “Every Adventist pastor is called to cooperate in a responsible way concerning the implementation and success of the law of Spiritual and Religious Assistance,” said pastor Machado.
This conference also had a question and answer period, during which it was possible to ask for clarification, and to point out potential concerns of the law. It also pointed out that nurses, as front line workers, consider the religious and spiritual assistants to be partners in the therapeutic process.
After the conference, an informal dialog took place among the participants, and many showed great interest in learning more about the Adventist principles and perspectives. Then, in the afternoon, the Work Group was received at the Presidential P 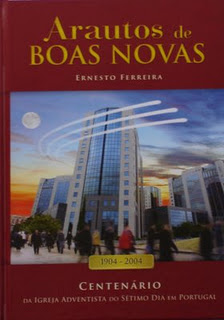 alace, by His Excellency the President, Dr. Anibal Cavaco Silva. At this occasion, the President pointed out the significance of this Work Group and the spirit of collaboration existing among its members. He also highlighted the commitment of every religious entity present to afford meaningful spiritual assistance to those in pain.
At the end of this meeting, Pastor Artur Machado presented the Head of State with the book Arautos das Boas Novas (Good News Heralds), by Pastor Ernesto Ferreira, which describes the history of Seventh-day Adventism in Portugal. “The presence of the Seventh-day Adventist Church in the Work Group is the result of its commitment to break down prejudice,” concluded pastor Machado. “By promoting a spirit of freedom and an inter-religious dialog which respects the differences and the identity of each denomination, the Church would like to cooperate in enhancing the condition of life.”