Madrid/Spain, November 28, 2011.[CD-EUD/ANN Spain]. The Council of Ministers of November 11, 2011 (11/11/11) approved a royal decree that recognizes the civil value of courses taught so far by the Adventist School of Theology, that is, its degrees and the Master of Theology. The first and second final provisions of this royal decree also established the possibility of recognizing other Master degrees and even doctorate degrees in the future, as long as they relate to theology or to training ministers of religion. The Adventist School of Theology is working actively for the recognition and implementation of new qualifications. After decades of neglect, obstruction and difficulties of every kind in which the degrees of the Adventist Faculty of Theology had only the re 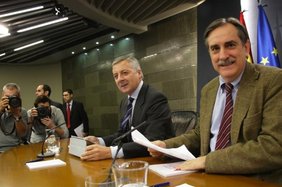 cognition and accreditation of the Adventist Church itself, studies and degree courses now have the same recognition as any official university degree in Spain.
Ministers Valeriano Gómez and José Blanco declared, during the press conference after the Council of Ministers, "It was not easy and we had to work hard because the Ministry of Education set the same conditions for the recognition of qualifications as those required of any degree of any faculty.” First, the Adventist Faculty of Theology of Sagunto curricula were submitted, as requested by the Ministry of Education, for consideration by ANEC (National Agency for Quality Assessment and Accreditation), which is unique in Spain, proving the soundness of a degree. Once a favourable

evaluation had been received from the ANECA, the curriculum was examined, among others, by the College Board, the General Conference of University Policy and, finally, by the State Council of these agencies. It received favourable recommendations. With all these safeguards, the Council of Ministers gave the green light for the Royal Decree and proceeded to register the new title in the RUCT (Registration and Diplomas Graduate Centre).
This is without doubt the most important achievement of the protestant world in Spain since the signing of FEREDE (Federación de Entidades Religiosas Evangélicas de España) agreements with the Spanish state in 1992. This Royal Decree is not only important for institutions that have accredited their titles but a 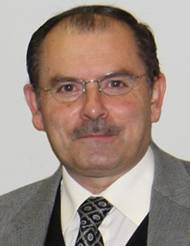 lso represents a breakthrough in a normal democratic country where religious freedom has struggled to get through. The hope is that there may be significant further steps in that direction.
“We express our gratitude to the authorities who made this achievement possible,” said Miguel Ángel Roig, dean of the Adventist Theological Faculty, “and to all those who actively participated in the preparation of various reports and, above all, to the Lord who has guided this process.”