Bern, Switzerland [Liviu Olteanu; CD EUDNews]. We would like to share some news in regard with religious liberty and the contribution of the International Association for the Defense of Religious Liberty (IADRL), which pertains to the Inter- European Division (EUD). Some months ago, the European Union began working on the first important EU document on religious freedom, the “Freedom of Religion and Belief FORB Guidelines.” This document represents the foreign policy stance of the EU regarding religious liberty.

The International Association for the Defense of Religious Liberty, through the organization’s Secretary General, Attorney Liviu Olteanu, had the opportunity to take part in the drafting of this document. The organization faced challenges regarding some of its proposals, especially on non-discrimination, those protecting religious minorities, and the importance of referring to days of rest. But, through the power of God, Attorney Liviu Olteanu found diplomats and politicians who helped include many important proposals into the “Freedom of Religion and Belief Guidelines.” On June 24, 2013 in Luxemburg this important document was voted on by the 28 states of the European Union.

Through this foreign policy document, the EU can influence the politics of more than 130 countries by asking them to respect religious liberty and beliefs for all people. A friend of the EU wrote to the Secretary General of IADRL: “especially outside of the EU these Guidelines will set the standard expected by the EU regarding the religious freedom. Hopefully, at the end the EU will ultimately have a clearer and much more definite voice on religious freedom issues in countries where the freedom of religion or belief is really lacking.”

Some important steps of procedure took place before the final vote regarding the FORB Guidelines:

-At a political level, the recommendations from the DROI committee (The European Parliament Committee on Human Rights)

-Interreligious and NGOs level: Contribution of proposals for the draft

-Recommendations and amendments passed through the complicated parliamentary process

-European Parliament proposedamendments in base of different proposals

-Discussion at the EP and at the EU External Actions Service

-On May 2013 the Secretary-General of IADRL was asked to intervene with proposals regarding the draft.

-Later, a EU friend wrote to the General Secretary of IADRL: “there have been signed a number of amendments on the basis of your suggestions”.

- Also another message: ” there are a number of reasons to be optimistic that the final, approved version of the Guidelines will be quite acceptable and include also those aspects which are important from (…) your point of view”.

- On June 24, 2013, in Luxembourg, Council of the European Union –Foreign Affairs, adopted the FORB Guidelines. 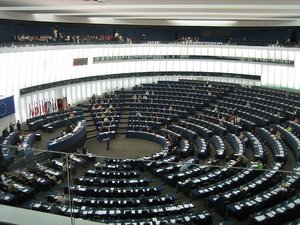 Precisely, the IADRL proposals for this document were related with:

- Non-discrimination on employment and education, participation on public life

- Manifest religion in worship, observance and days of rest

- Non-discrimination on free circulation and establishment of residence

- Respect for differences or diversity

When we looked over the entire document after it was voted on in Luxembourg, we discovered that many of our proposals were incorporated. We praise the Lord for the opportunity to contribute in the development of religious liberty.

Some of IADRL contributionscan be seen in the following articles of the EU FORB Guidelines:

Art.1 and 33: Freedom of religion or belief safeguards respect fordiversity and tolerance.

Art.2: All persons have the right to manifest their religion or belief either individually or in community with others and in public or private in worship, observance, practice and teaching.

Art.6, 26, 27 and 31: Freedom of religion or belief as a right to be exercised by everyone everywhere, based on the principles of equality, non-discrimination.

Art.13: The freedom to manifest religion in worship, observance, practice and teaching potentially "encompass a broad range of acts (6)" Here in the quotation (6) we have the important reference quoted from ‘UN Comment 22 paragraph 4’ of "days of rest…". This was part of our main preoccupation to have this reference included in the EU Document.

Art 19: Freedom of religion or belief is an individual right, which can be exercised in community with others. This includes rights for communities to perform acts integral to the conduct by religious groups of their basic affairs. Here, related to this article, in the quotation (13), we find also UN General Comments 22 paragraph4, which includes again the "days of rest.” 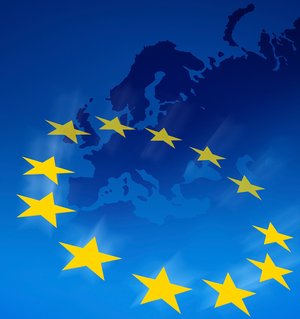 Art. 36. Beliefs or practices that are, or allegedly are, traditional are often used to justify discrimination or coercion on the basis of religion or belief. Examples of this includedenial of access to employment or education…Attention needs also to be paid to discrimination against ethnic groups…or adherents to certain doctrinal interpretations.

Art 37 a: EU condemn and take appropriate actionsagainst all forms of intolerance and discrimination against persons because of their religious or beliefs as contrary to the right to equality and non-discrimination in the enjoyment of human rights.

Art. 37 c: Pay particular attention to practices and legislation discriminating against women, children and migrants on grounds of religion or belief, including discrimination in and denial of access to education, coercion related to the wearing of religious symbols, employment, participation in public life, unequal family rights, transmission of nationality, free circulation and establishment of residence, lack of impartial administration of justice, property rights.

Art.42. f: EU condemns legislation that provides for discriminatory treatment of persons or groups belonging to different religions and beliefs…

Art 42. g: Encourage States to respect the right to conscientious objection to military service, based on one's religion or belief, and allow for an alternative service of a non-combatant or civilian character.

Art. 59: The EU will continue to work actively at the UN to ensure strong cross-regional support for the promotion and defense of freedom of religion or belief, the mandate of the Special rapporteur on FORB, and the implementation of the relevant UN resolutions in that field.

Art. 60. The EU will also engage in the fight against all forms of intolerance and discrimination on grounds of religion or belief, and the implementation of the relevant UN resolutionsin that field, as well as in initiatives in the field of intercultural and inter-religious dialogue in the spirit of openness, engagement, and mutual understanding.

Art.64: The EU will also build on the content of the UN resolutions on "freedom of religion or belief"… 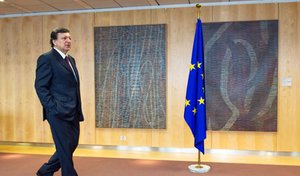 Some important United Nations’ references seen in the EU FORB Guidelines –which stress the issue of “days of rest”- are: “

According to art. 47. “EU missions (EU Delegations and Member States Embassies and Consulates) form a key component in early warning. EU missions, in co-ordination with any relevant CSDP missions, will monitor respect for freedom of religion or belief in third countries and will identify and report on situations of concern (including individual cases and systemic issues), drawing on available sources in and outside the country, including civil society, so that the EU can take prompt and appropriate action. Reports from EU Delegations should be taken up in the relevant Council Working Parties and, when appropriate, in the Political and Security Committee (PSC) in order to identify an appropriate response”.

The International Association for the Defense of Religious Liberty and the organization’s Secretary General, Attorney Liviu Olteanu, believe that it is always very important to defend human rights and the principle of religious liberty for all people no matter one’s differences, religion or belief, and also to put an emphasis on the needs of the SDA Church. By defending others, we defend ourselves. We have to understand that each person has dignity, have to be respected and each one is important for this cause in sustaining and defending religious liberty. 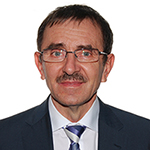 IADRL believes that it is important to have a diplomatic strategy to international and regional levels and for international institutions, and to be able to participate in all places where diplomats and the leaders of the world meet. We accomplish a part of this this goal by participating in meetings, panels, and conferences. It is very important for the IADRL to develop a place in diplomatic projects so that we can influence their results. We consider this an important and special mission in this tumultuous time in the favor of peace and understanding in the world. We praise the Lord for the people He brings to sustain Christian values, principles, religious liberty, and the freedom of conscience in all places.