Monteiro, the Family Ministries director for the Seventh-day Adventist Church’s Sahel Union Mission, based in Lomé, Togo, was in his office one day when a man came to ask for a job and money. That man, Kpatcha Simliya, would later accuse Monteiro of being the mastermind behind a blood trafficking network to gather blood for use in religious ceremonies. More than a dozen young women had recently been found dead in the suburbs. The public wanted justice.

Despite no evidence of his involvement, Monteiro was imprisoned on March 15, 2012, and to date has not received a trial. Five attempted appeals by his lawyer, the Adventist world church and several foreign diplomats have failed to see him released. Government officials have made promises to church leaders and lawyers, but have not brought him freedom.

The president of Togo Faure Gnassingbé last year declined to receive Adventist Church President Ted N. C. Wilson when he made a pastoral visit to the country. 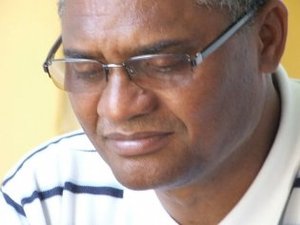 For church leaders and other following Monteiro’s case, many feel there must be more to the story. Did someone need a scapegoat? Do judges in Lomé really have final say, or are they ordered by the government to make decisions?

Indeed, in a written statement obtained by ANN, Monteiro says that on the day he was arraigned, the judge repeatedly told him in front of his attorney, “Pastor, I know that you are innocent. Your file is empty. But I can’t release you, since this doesn’t depend on me.”

Monteiro wondered to himself, “So on whom does this depend?”

Now, more than 16 months later, new details are emerging about the case, which has left lawyers, diplomats and church officials confounded over how to secure Monteiro’s release from a government that is violating its own constitution by detaining him without a legal basis.

According to police reports, his accuser, Simliya, previously confessed to murdering young women for the use of their blood and luring young women into the woods on unlikely promises. Simliya also served time in prison after a rape conviction and has a documented history of mental instability.

Meanwhile, a police search of Monteiro’s home and office turned up no evidence.

When Monteiro was put in prison, newspapers proclaimed that the right criminal was caught. Some published his photo alongside pictures of vials of blood.

“Pastor Monteiro is innocent, period,” said John Graz, director of the Adventist world church’s department of Public Affairs and Religious Liberty. “The outrageous accusation against Monteiro is that he, as an Adventist pastor, conspired to have these women killed so that various body parts could be used in conjunction with a religious ceremony. It’s an absolutely unbelievable and bizarre charge.”

“This is a complete travesty of justice and one which would not be tolerated in any law-abiding society,” Graz said.

Church officials have continued to work both publically and behind the scenes to get their employee out of prison. The Adventist world church has held international prayer vigils for Monteiro, sponsored letter-writing campaigns to government officials and diplomats, and led a signature drive for a petition calling for his release. 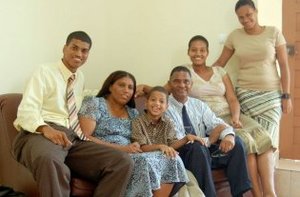 But Monteiro still remains in prison.

This series of four articles is based on interviews with sources involved in the situation, a statement by Monteiro, emails, letters, newspaper reports, police records and court documents.

A spokesman for Togo’s Ministry of Justice declined to comment for this series. Simliya is in prison on various charges, including attempt to commit homicide, and unavailable to comment.

One day in early 2011, Monteiro received a receptionist’s call that would cause his life to later take a turn. He was in his office at the Sahel Union Mission headquarters, a two-story building in Togo’s capital city of Lomé.

Monteiro had worked there since 2009 after receiving an email from Guy Roger, the union’s president, asking him to come serve as the union’s director of Sabbath School and Personal Ministries department.

At the time, Monteiro was the pastor for 25 churches and companies on Fogo Island in Cape Verde. The Portuguese-speaking country is a 10-island nation located 350 miles off the coast of West Africa. He was born there in 1955.

After high school, Monteiro left home to attend an Adventist seminary in Cameroon. He returned to his home country in 1983 to begin work as a pastor. He married Madalena dos Anjos in 1984, and the couple moved every few years as church administrators gave him bigger responsibilities and larger districts to shepherd. Four children were born to the pastoral couple over the years.

During his ministry, Monteiro would participate in three evangelism campaigns in Boston, Massachusetts, United States, and others in the West African countries of Guinéa Bissau and Benin.

The email from Roger in 2009 posed a fork in the road: either stay in the familiarity and comfort of home or go into an unknown place to serve as a missionary. 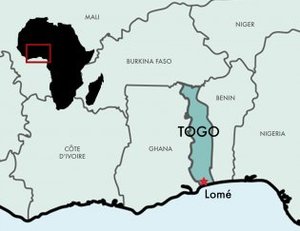 Monteiro decided to accept the request, honored to have the chance to support the spiritual development of citizens of Togo and in the 10 other countries in the denomination’s Sahel Union. It would be a challenge, he knew, the region being home to many religious practices, including one of the world’s largest bases of Voodoo.

Concerns aside, he was eager to more widely share Christianity, a religion he felt teaches of a loving God. His own Adventist faith and community – now comprised of 17 million members worldwide – had instilled in him the importance of healthful living and education, not only for members but also for people in the community interested in improving their own lives.

Monteiro came to Togo and served at Sahel Union’s request. In 2011, he was also assigned as director of the union’s Adventist Mission ministry and Family Ministries department.

That day in early 2011, a receptionist asked if he could receive someone wanting to talk to a pastor. Monteiro requested the man come into his office. He then offered a seat to Simliya, the man who went by several names and months later would accuse him of crimes that would lead to his imprisonment.

Simliya told Monteiro he didn’t have a job, money for transportation and sometimes not enough food.

“Are you Adventist?” Monteiro asked.

Simliya said he was, and that he was baptized by Pastor Eric Mensanvi. Roger, the union president, would later confirm that Simliya was baptized in prison while serving time for a 2006 rape conviction.

Monteiro didn’t know the man’s history. He invited Simliya to a church meeting and introduced him to elders of the congregation and went home.

Several weeks later, Simliya came to the union headquarters again to say hello. Monteiro asked him, “So how are you doing?”

Simliya offered him the same story of not having a job, money or food.

“It’s true, life can be difficult,” Monteiro told him, “but God will provide.”

In the coming weeks, Simliya would drop by in the same manner several more times, one day informing Monteiro that he had been in prison.

“I didn’t try to find out what had happened,” Monteiro later recalled. “I counseled him, ‘Now that you are free, focus and work to start a new life. What do you do for work?’”

“Do you have your driver’s license?”

“No, I don’t have it with me. I will bring it next time,” Simliya said.

Next time, which was a few days later, Simliya said his taxi license had been stolen.

“Look for the copy,” Monteiro told him.

Simlyia brought up a new subject. He said Bruno Amah, an Adventist Church member, had offered to help him purchase a car for approximately 800,000 CFA francs (about US$1,600), Monteiro recalled.

“He [Simliya] asked me to talk to this brother to help him. I didn’t know [Amah] personally, but I had talked to him on the phone about assistance” requested by a theology student.

There in the office, Simliya called Amah on this cell phone and handed it over to Monteiro. Over the phone, Amah confirmed that he knew Simliya. Monteiro told him of the request. Amah responded, “If I can, I’ll help him,” Monteiro recalled.

Weeks later, Simliya called Monteiro asking if there was news from Amah. There was none.

Months went by, from August to March of 2012, before Monteiro heard from Simliya again. On Tuesday, March 13, 2012, Simliya came to the union headquarters, but Monteiro told the receptionist, “No, I’m very busy.” Still, he briefly talked over the phone to Simliya, who stood in the lobby using the receptionist’s phone. Monteiro thanked him for coming by, but informed him that he was busy that day.

Two days later, on March 15, police burst into Monteiro’s home around 8:30 p.m. and arrested him in front of his family. Police told him he was involved in a crime.

“This is a mistake,” Monteiro said.

They took him to the police station where he met Simliya. Monteiro was asked if he knew the man. He replied that he did and told police the brief history.

Three days later, Monteiro was told by an officer, “You entrusted him [Simliya] with a mission.”

Monteiro asked, “What mission? I have one mission that I’ve been fulfilling for 40 years. I’m a pastor and my mission is to preach the gospel.”

Police kept Monteiro detained at an anti-gang facility in a police station for 14 days in a 6- by 4-meter holding cell without a window. He was stripped of his clothing most of that time.

On March 28, he was brought into court. Investigations of his home, office and church had turned up no evidence. His lawyer asked for the case to be dismissed. The judge denied the request. Bail was denied.

He’s been in prison ever since.

“It’s hard to know what’s really going on behind all this,” said Graz, the denomination’s public affairs director.