Nairobi, Kenya [Dan Okoth/ECD/ANN; CD EUDNews]. An Adventist family is among those affected by the terrorist attack in Nairobi’s Westgate Shopping Mall in which more than 60 people were killed and more than 170 injured.

Reports indicate that at least one Adventist family from Nairobi lost a relative who was in the capital city’s Westlands area at the time. Harun Oyieke, a lecturer at Co-operative University College of Kenya, was among those killed in the attack. He was the husband of Florence Awino, a professor at the University of Nairobi.

The attack occurred at about 11 a.m. on Saturday. Between 10 and 15 terrorists armed with automatic weapons and grenades attacked the shopping mall and killed 60 people, leaving at least 170 others wounded. At the time of filing this report Monday night, at least 50 people were still missing according to Red Cross officials.

Among those killed were South African, American, Ghanaian, French, Netherlands, Australian, British, Chinese, Dutch, Indian and Canadian nationals. Several members of the Kenyan police and military were also killed or wounded in the attack as they attempted to rescue hostages.

World leaders, including UN secretary general Ban-ki Moon and U.S. President Barack Obama, condemned the attack and expressed condolences with those who had lost relatives and friends.

“This is a time of shock for all Kenyans and all – including the UN family – who are proud to call Nairobi home,” Ban-ki Moon said in a statement. “I express my solidarity with them at this moment of grief and loss.”

The siege continued into the early hours of Monday night, when the Kenyan forces broke through and released the remaining hostages. The Somali Islamist al-Shabaab militants claimed responsibility for the attack.

A survivor, Jackson Mwema, was quoted in The Standard as saying the attackers released some hostages. “They were asking our names and demanding that we read some information I couldn’t understand,” Mwema said.

Kenyan President Uhuru Kenyatta, who lost his nephew and the nephew’s fiancée in the attack, condemned the terrorists, saying his government would not allow them to break the country’s unity along religious lines.

Reports said the attackers who had been dropped off at the mall in three cars overwhelmed security guards by shooting shoppers indiscriminately. They besieged the mall and held scores of shoppers hostage as they exchanged fire with Kenyan police and the military. TV footage and pictures showed bewildered children standing next to dead bodies and wounded shoppers in and outside the mall.

Kenyans responded to the attack by donating blood for the victims and sending messages of hope. The national blood bank had exceeded its annual average of 40,000 liters, and over Sh50 million (US$600,000) was collected in two days. The Adventist Church in Kenya gave a check of Sh1 million ($12,000). Vice President William Ruto said Kenyans had defeated evil by meeting it with kindness. 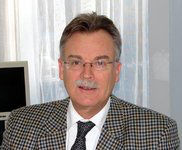 “We want to express on behalf of the Seventh-day Adventist church in the European territory (EUD) our sympathy to the families who are suffering from the terrorist attack in Kenya in these last days,” said Bruno Vertallier, EUD President.

"It is clear to all of us that these acts have nothing to do with faith and religion. They are an attempt to the human conscience, whatever the race, language, nationality or faith."

“This violence against children and defenseless persons makes this gesture even more immoral,” added Corrado Cozzi, EUD Communication. “Any form of extremism is always wrong, dangerous and utterly inappropriate in a civil and social society. Those who perpetrate cannot be considered religious and must be labeled simply as criminals,” concluded Cozzi.

Every true religion places respect, balance, dignity, brotherhood and love as the supreme values. The public opinion needs to fully understand this concept in order to avoid conflicts and hatred between peoples and religions.

“Mr. President Uhuru Kenyatta, we want to extend to the bereaved families, and to the entire Kenyan community, our deepest and heartfelt condolences, along with words of affection and prayer”, stated Bruno Vertallier.

May God help to heal their painful wounds. May God bless Kenya.