"I have a dream," said Corrado Cozzi, EUD Director of Communications, paraphrasing Martin Luther King, "to create a network in this part of Europe. It is a goal which we must strive towards in the coming years. There are so many talents and ideas that can benefit a wider part of the Adventist Church," added Cozzi, organizer of the European GAIN Congress. 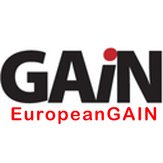 "We have to consider the different languages and cultures as assets, rather than barriers," echoed Klaus Popa, general deputy director of the EUD Media Center "Stimme der Hoffnung" that hosted the event. "How can we work together to make a difference?" was the question. Klaus Popa suggested that we could start, for example, by giving a common look to the websites of various local EUD Seventh-day Adventist Churches.

In the three-day meetings, more than 70 Adventist media professionals came from Austria, Bulgaria, Czech Republic, France, Germany, Italy, Portugal, Romania, Slovakia, Spain, Switzerland and Ukraine. They presented some new projects for sharing our faith, implemented in their cities, and the work done by radio, television and the Internet in a society where technology is rapidly changing. A section called Project Slam started off the three-day conference. This provided a platform to be able to exchange various projects done on different venues. This section captivated everyone and created a positive atmosphere of real collaboration and cooperation.

Among the many projects, the "Sabbath sofa" was the most liked because of the simplicity and originality of the idea. In London, some young people placed a couch in an extremely busy square and asked passers-by to rest a few minutes, relaxing on the couch. The whole thing was caught on camera and then broadcasted on the internet.

To those who accepted the invitation, the young people presented the importance of rest, learning to detach from everyday life to avoid stress and live healthier. In other words, carrying the message of the biblical Sabbath. Most people agreed on having one day a week as special and different.

The data presented at the conference showed a world of multimedia consumers who include all means available, with a preference for radio and television on demand. In addition, especially more young people watch television on the internet and they do it while simultaneously using the iPad or iPhone. How can we tell them about Jesus?

The good news is that the tools and the times change, but the interest for the stories remains. Jesus told anecdotes, parables and experiences to the crowds that followed him. Even today, men and women love listening to stories and experiences. Moreover, the younger generation wants to be part of something memorable, to be a legend.

Adventists in Europe work and invest resources and creativity to introduce media users, the story of Christ and his plan for each individual. In very secularized countries such as the Czech Republic, one of the most effective ways to meet people is in fact, the web. In the Ukraine, the site accepts phone calls for advice and assistance. Because of great demand, a group of pastors make themselves available 24 /7 for this service.

The future seems to be included in Apps, social media and games.

The EUD and several Adventist Unions have created Apps to watch news, videos, radio and television on mobile devices. Even the Italian Adventist Christian church has recently produced an App free of charge, for Apple and Android users (for info: www.avventisti.it/app-per-dispositivi-mobili-avventisti-it)

In Western Europe, 62% of internet users, ie 174.2 million people, use social media (data as of December 2013). It is an intricate network of users that share impressions, opinions, emotions and feelings. Being on facebook, twitter, google, linkedin, etc., means we have the chance to meet people and share experiences and stories of faith. We can invite them to events and make them part of the message of Christian hope. This was communicated several times at the European GAIN.

Presently, the final frontier to cross seems to be the gamification approach. These are games that can be downloaded on smartphones and tablets. The majority of cell phone owners use the "dead" periods of the day to play, on the subway, in line at the post office, etc. Sam Neves, a pastor in London, created the App Heroes, a game on biblical characters, downloaded on iPhone and Android. At the moment it is only in English and Portuguese, but will soon also be available in other languages. 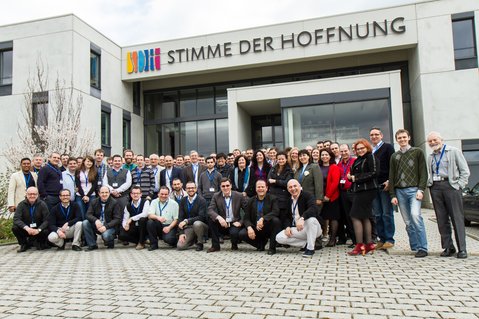 Knowing how to speak to the minds and hearts of the multimedia generation, managing to arouse in them an interest in God and His Word, remains the largest and most difficult challenge.

For now, the biggest challenge is to create a network media center among the Europeans, "to create synergy, enhance service and profit from the expertise of others," says Cozzi, "to grow together in this sophisticated digital communication."

"In the few days at GAIN, after listening to the presentations and projects from the different countries I realized something," said Martin Majer, Media Communication Director in Slovakia "maybe we do not have the same opportunities, nor the same resources. Every country and every Union Communication Department started from a different point, but there is something that is common to all of us. It is the decision to do everything possible to tell everyone how awesome, how big, how powerful and merciful our God is."

Majer, one of the participants, confirmed that it is not about how much we started with, or what we end up with. It is about how we use everything we have. Each video, each project satisfies some needs, maybe it works in one country, maybe in another. "When I saw everyone touched by the knowledge of the love of Jesus Christ, working for Him and trying to introduce Him to their countries using all their resources, then I realized that this is what inspires me the most at meetings like GAIN," concluded Majer.

All the meetings at this European GAIN had the purpose to train, inform, inspire and create cooperation among all EUD media. One novelty was the presentation of the Media Asset Management, a digital system for all medias able to contribute with their video project allowing an inter-exchange creating benefits for all who manage video communication. This project is another brilliant concept to enhance and create network.