Bern, August 17, 2014. [P.Copiz, CD-EUDNews]. The cover article of the July 25, 2013, issue of Adventist Review featured Gabrielle Weidner. Her brother, John Weidner, became a hero of World War II by helping to save many Jews from certain death and by providing escape routes for downed Allied airmen and other persons in danger because of their race or faith, through what became known as Dutch-Paris, the very efficient underground network he founded. 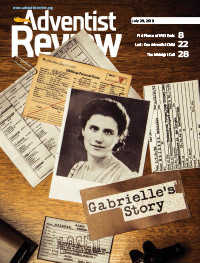 After painstaking research, the author of the article, Wilona Karimabadi, told in detail Gabrielle’s touching story, concentrating on the last year of her life. Gabrielle was somehow connected to the Dutch-Paris, although her precise role is not known. Karimabadi reports this possibility: according to some accounts, Gabrielle acted “as a courier – relaying messages from John to others in the network.” During this time, she also served as a secretary at the headquarters of the North France Conference in Paris, where she lived.

In February 1944, the French police delivered a young female member of Dutch-Paris to the Gestapo. Against the network’s strict rules, she carried a notebook with names and addresses of several Dutch-Paris members. Under unbearable torture, she revealed much information, which led to the arrest of many members of the network. Gabrielle was arrested on the last Sabbath of that month while attending churc 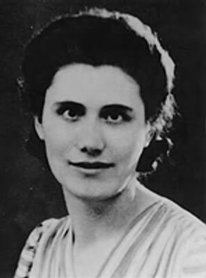 She was kept in a prison in France until her transfer to Romainville, around August 14. Since the liberation of Paris was imminent, there was hope that she would be soon freed. But her odyssey took a dramatic turn. Along with many other prisoners, she was taken to a concentration camp in Germany on the last cattle train, usually chosen for this purpose. Her clothes, shoes and blanket were taken away, and she was issued a shirt and a prison dress: poor defenses against the cold. The prison food was miserable. At the end of October, she was transferred to her last camp, in Königsberg. Because of her poor health, by November 18 she was permanently moved to the infirmary.

In spite of her suffering, she encouraged her companions through her patience, lack of complaints, sweet smiles and obvious faith. At the beginning of February 1945, with Russian troops approaching, there was hope that freedom was finally at hand. The prison guards left, but retreating SS troops massacred most of the deportees and set fire to the building in which Gabrielle and other sick prisoners had been left.

She was the last person to b 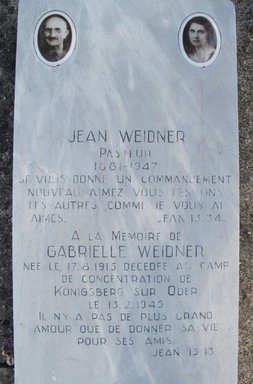 e rescued, by a close young friend, but it was too late. Shortly thereafter, probably on February 13, Gabrielle passed away in the arms of this friend. She was buried – one of the few prisoners to have this privilege – but her grave has been lost.

However, Gabrielle is remembered on a tombstone of the Weidner family plot located in the cemetery of Gland, Switzerland. Her name is engraved below her father’s name, with the key dates of their respective lives and their medallions(1). At the bottom, this statement of her Savior is quoted: “Greater love has no one than this: to lay down one’s life for one’s friends.” (John 15:13, NIV).

But the self-effacing and sacrificial example of Gabrielle, who faithfully followed her Master, acting as a consistent Christian no matter the cost, deserves to be remembered and honored as well, as a symbol of countless unknown persons who are the heroes of these historic events. The centennial of Gabrielle’s birth is on August 17 of this year, and the 70th anniversary of her death comes around February 13 of next year. Let us remember these dates as well.
-----------------
(1) By mistake the year of her birth is listed on her father’s tombstone as 1915, but official documents confirm that 1914 is the correct year.