Bern, August 18, 2014 [C. Cozzi CD-EUDNews]. The Seventh-day Adventist Church had its beginnings in the United States, in the second half of the 19th century. For years the church grew in North America, and then, because of its missionary nature, its members started reaching out to the world.

Switzerland was the first country out of North America to be reached sufficiently in depth (after a pioneer work in Italy, mainly in the Waldensian Valleys), thanks to Michael Belina Czechowski, an Adventist with a strong missionary vocation. His preaching in Tramelan, a small town in Bern canton, Switzerland, was so appealing that, within a short time after he left the area, the need was felt to provide an appropriate building for the meetings. Among the members, the Roth family decided to finance its construction. The church was dedicated on December 25, 1886 (it was a Sabbath). Ellen G. White, who was in Switzerland at that time, led out in the service and presented a sermon on 1 Kings 8:54-61. In it, she expressed this wish: “We hope that the Lord will so bless your work that this house will prove too small for you.” 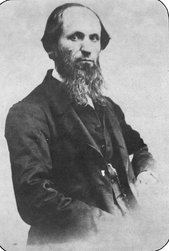 Gustave Roth wrote: “Tramelan was the cradle of the Adventist reform in Europe. Our small church became a training school for workers, who eventually spread out throughout the world.” ("Les débuts de l'adventisme en Europe", Revue Adventiste, April 1, 1937, p. 12, 13). The first Adventist European camp-meeting was also organized in Tramelan.

When the Roth family left Tramelan, the church building was sold to a non-Adventist family. Even though the building had been consecrated as a church, it never belonged to the Adventist organization. On August 17, 1968, the members moved to a larger building close by in Tramelan.

Arthur L. White, secretary of the Ellen G. White Estate at the time, had already pleaded for the preservation of this building in his 1967 article “The Tramelan Chapel”: « Soon another house of worship in Tramelan will replace the neat little chapel in the garden, which has served well for more than eight decades. Although the title of the building is not held by the conference, it is to be hoped that this landmark of the work of Seventh-day Adventists in Europe may be preserved.” (Review and Herald, October 26, 1967)

For 82 years, the Tramelan chapel had been regarded as the first Adventist church of Europe, and it kept this title even though it was not used as such during the years after 1968. Countless people have kept coming to look at this building, considering it one of the historical landmarks of the Adventist church. Many visitors, as well as all the caretakers, always wished that the building might become an Adventist property again. This wish has become reality!

On August 18, Bruno Vertallier, Inter-European Region president, signed the contract for the purchase of the entire structure (only a large room was used as church in this small building). After it was vacated 46 years ago, finally this humble but precious building is connected again to the church, and this time as its owner. 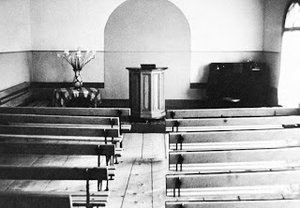 “Lest we forget how God has led us in the past, the Warsaw Symposium in Poland, which honored the Adventist pioneer Michael Belina Czechowski in 1976, recommended the purchase of the first Adventist Church in Tramelan and putting a commemorative plaque on the first European Publishing House in Cornaux, Neuchâtel canton, Switzerland. The plaque was put in place on May 9, 2014; the Tramelan church was purchased on August 18, 2014. For this, I am very happy” commented Jacques Frei, a passionate and well-documented historian of the Adventist Church in Switzerland.

Some people may say: “Why should we spend money for a small building, for which there hasn't been any practical use within the church for years? We don’t need shrines”. However, the purpose of this decision is not to worship objects, but to provide inspiration and encouragement associated with humble beginnings, a place where history was made: the first Adventist European chapel. 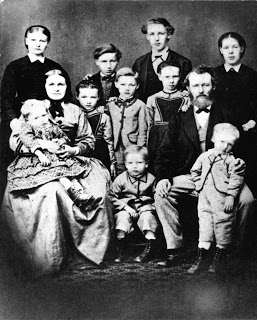 This often occurs in the Unites States, by preserving and sometimes purchasing historical buildings associated with the beginnings of the Adventist Church. This former little chapel in Tramelan represents the first Adventist church building on this side of the Atlantic. It is surely worth preserving, and an appropriate use for it will certainly be found.

Each country has its historical buildings and monuments as part of its foundation as a nation. Also in the Bible, we often find some very simple items which were supposed to serve as reminders of past blessings and events. For example, after crossing the Jordan, twelve stones were taken from the middle of the Jordan to serve as a sign. “In the future, when your children ask you, ‘What do these stones mean?’ tell them that the flow of the Jordan was cut off before the ark of the covenant of the Lord. When they crossed the Jordan, the waters of the Jordan were at a standstill. These stones are to be a memorial to the people of Israel forever.” (Joshua 4:6, 7 NIV). Would a building like the former chapel of Tramelan not have a similar function – a memorial – since a lot of history is associated with it?

René Frauchiger, who takes care of the Tramelan church blog (firstsdachurcheurope.blogspot), commented: “In memory of my great-grandparents, Léon and Rosine Borle-Delaprès, who were among the first baptized Adventists in Switzerland, and of my grandfather, Emil Frauchiger-Borle, who was a pioneer missionary in Turkey and the Balkans: today it is a great joy to see this first chapel finally belong to our church!”

Recalling the research work of Karl Waber, who started his pastoral ministry in the old Tramelan chapel, and Jacques Frei, who did research on M. B. Czechowski, brings all this to another level of importance. Both are authors of books dealing with the history of the Adventist Church. “I am glad that my wife and I could help keep history alive. We are sure that this historical landmark will remind us of the hope that the first Adventists had in those early days” commented Frauchiger. Although they don’t live near Tramelan, he and his wife Liliane have taken care of the building in recent years and keep offering their help to those wishing to visit the old chapel (contact should be made ahead at the address mentioned in their blog).

Bruno Vertallier, after signing the contract, declared: “We believe that this church is part of Adventist history and therefore it was important for us to get it back. We hope it will inspire our young people to recognize and acknowledge the history and the sacrifice of these pioneers, who invested in that humble chapel starting to preach the everlasting Gospel. I invite church members to consider paying a visit to Tramelan and enjoying fellowship in the spirit of the pioneers.”

For more information about the history of Tramelan, check the blog of Archives Adventistes (in French) at: www.archivesadventistes.orgTramelan