New York, USA [CD EUDNews, UN]. October 27, 2014. United Nations human rights expert Heiner Bielefeldt told on october 24 to the UN General Assembly that freedom to manifest one’s religion or belief without discrimination should also be protected in the area of employment. He urged all Governments to take every appropriate measure to prevent and eliminate all forms of intolerance and discrimination based on religion or belief.

“Any limitations of the right to manifest one’s religion or belief in the workplace, if deemed necessary, must always be specific and narrowly defined to comply with the international human rights standards,” the Special Rapporteur on freedom of religion or belief said during the presentation of his most recent report to the global body. 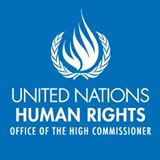 “Both public and private employment contracts can stipulate specific work-related obligations which may limit some manifestations of an employee’s religion or belief,” Mr. Bielefeldt noted. “However,” he underscored, “they can never amount to a general waiver of this human right in the workplace.”

In his report, the expert explores the sources of religious intolerance and discrimination in the workplace, which can be manifold and include prejudices existing among employers, employees or customers, restrictive interpretations of ‘corporate identity’ or a general fear of religious diversity.

“Many people spend a large share of their daily lives in their workplace, in which they still face restrictions to exercise the right to freedom of religion or belief,” the Special Rapporteur said while calling on States for the establishment of effective anti-discrimination legislation and monitoring mechanisms that cover employment in public and private institutions.

The human rights expert urged Governments to set positive examples of respect for religious diversity in their own employment policies within State institutions. “Good practice in this area should serve as a model to be followed in the private sector and in other societal areas,” he said. 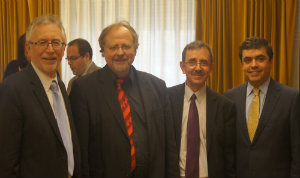 He also called on employers “to foster an atmosphere of trustful and respectful communication to allow employees, including members of religious or belief minorities, to express their problems and discuss their needs openly, as a preliminary to detecting concealed forms of intolerance and instances or patterns of indirect discrimination.”

Mr. Bielefeldt’s report offers a number of practical recommendations, and puts forward the concept of ‘reasonable accommodation’ as a tool to put into context the principle of non-discrimination in such a way that appropriate individual solutions for religious minorities can be found at the workplace.

(*) Read the Special Rapporteur’s interim report on tackling religious intolerance and discrimination in the workplace: http://www.ohchr.org/Documents/Issues/Religion/A.69.261.pdf

Heiner Bielefeldt assumed his mandate on 1 August 2010. As Special Rapporteur on freedom of religion or belief, he is independent from any government, and acts in his individual capacity. Mr. Bielefeldt is Professor of Human Rights and Human Rights Politics at the University of Erlangen-Nürnberg. From 2003 to 2009, he was Director of Germany’s National Human Rights Institution. The Special Rapporteur’s research interests include various interdisciplinary facets of human rights theory and practice, with a focus on freedom of religion or belief. Learn more, log on to: http://www.ohchr.org/EN/Issues/FreedomReligion/Pages/FreedomReligionIndex.aspx

Download the “Rapporteur's Digest on Freedom of Religion or Belief”: http://www.ohchr.org/Documents/Issues/Religion/RapporteursDigestFreedomReligionBelief.pdf

Check the Declaration on the Elimination of All Forms of Intolerance and of Discrimination Based on Religion or Belief: http://www.ohchr.org/EN/ProfessionalInterest/Pages/ReligionOrBelief.aspx