There is an art to creating a project that goes beyond local or national boundaries to impact a world audience. That art was revealed during the world premiere of ‘Fathers’ at the Global Adventist internet Network Conference (GAiN) in Jordan on Wednesday evening, 27 February. 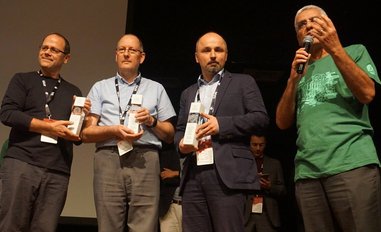 Utilising the skills and commitment of more than 26 authors, film makers and creative artists across Europe and the world, the ‘Fathers’ network project combined a documentary film, magabook, video and podcasts into a tool that can encourage families and share faith values in a natural and informative manner.

Every attendee at GAiN received a free copy of the 16-chapter book and will shortly receive a link to the movie, allowing them to add subtitles for use in their own language. The book will also be available as a pdf for Publishing houses to translate, print and use. 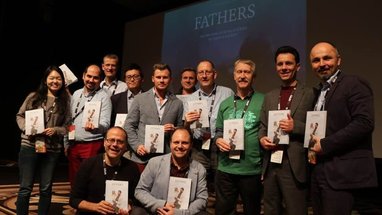 ‘Fathers’ was a joint project chosen and undertaken by GAiN Europe participants during 2018. [See ‘Fathers’ cross-media project to launch at GAiN Europe 2019]. During a one-day GAiN Europe programme on Friday, 22 February, participants not only critically analysed their work of the previous year but committed in even larger numbers to develop a much greater project focused around the area of uncertainty. Communicators from outside of Europe were also welcomed during the day and contributed significantly to the discussion, many saying that this type of networking could also work well in their regions.

One couple who had missed the Friday programme were heard enthusing about it on their way to Sabbath morning worship, simply because another participant had told them how good it had been. They then got opportunity to enjoy the film release the following Wednesday.

Commendations do not often come for meeting organisation, but Alisa Williams who had been reporting on the entire conference stated, “GAiN Europe, which normally spans four days, wrapped up in just one. It was quite possibly the most efficient and productive official church meeting I’ve ever attended.”

The hope is that this is more than just a productive meeting. Working together increases efficiencies and gives a broader viewpoint on important subjects. And the subject is important. One Division communicator was stopped for a security search on their way home at Frankfurt airport. The policeman saw the ‘Fathers’ book and commented, “That is so needed in today’s world.” Participants at GAiN Europe would agree.