Twenty-five percent of Serbians are impoverished. This percentage translates into close to 1.8 million people (World Bank statistics). Inadequate living conditions in slums are recognized as one of the apparent signs of the extreme poverty that affects thousands of people in Belgrade, especially the Roma, according to a research study by the University of Belgrade.

The homeless population in Belgrade is probably the most deprived subgroup out of all socially vulnerable communities, at greater risk during pandemics. A significant amount of financial aid is urgently needed to provide support to these almost-forgotten people.

The US Agency for International Development (USAID) decided to award a $120,000 grant to ADRA Slovakia (partnering with ADRA Serbia) for the implementation of the homeless program "DrumoDrom" in Serbia. On Friday, May 28, 2021, representatives of USAID, in Serbia, and the Embassy of the Slovak Republic signed a memorandum of understanding. The financial award will enable the continuation of the project, specifically created to provide support to homeless people. 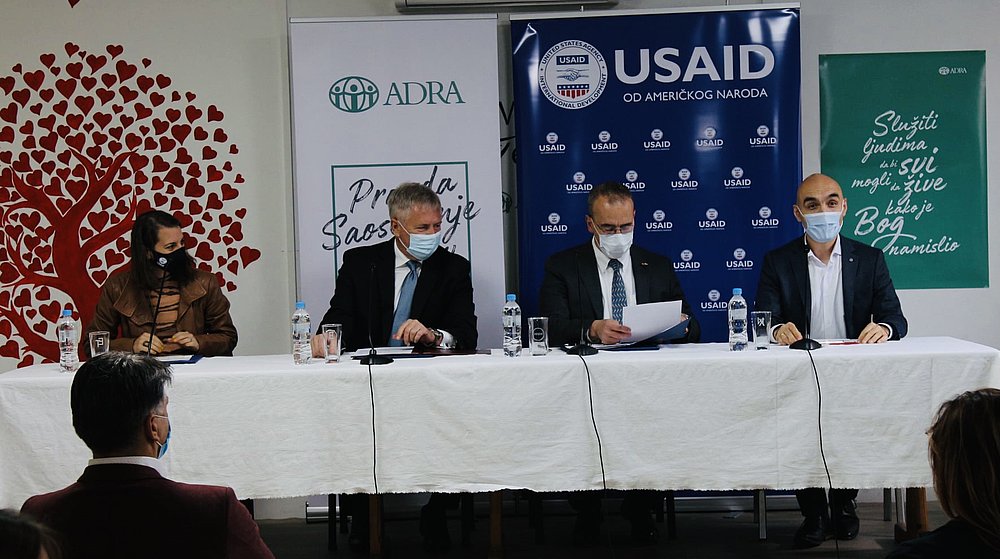 The signatories were the USAID director, Mrs. Shanley Pinchotti, and the Slovak ambassador in Serbia, Mr. Fedor Rosocha, with the US ambassador to Serbia, Mr. Anthony F. Godfrey, as a witness. The delegation chose this event to be organized in an ADRA Community Center.

"We are impressed by what the Slovak agency, SlovakAid, and the Adventist organization, ADRA, have done for the homeless,” affirmed His Excellency Anthony F. Godfrey, US ambassador to Serbia. “Today, we are awarding $120,000 so that, together with you, we can continue these efforts and support more people,” continued Godfrey. “Partnerships give birth to great things!”

Headquartered in Belgrade, ADRA Serbia is one of 130 national offices of ADRA International and has been active in the region since 1990. During the Balkan wars in the 90s, which affected the territory of former Yugoslavia, ADRA played a significant part in the humanitarian relief activities in Bosnia and Herzegovina, regardless of the ethnic and religious associations of the people in need.

After the war, ADRA continued to operate as an organization in the territory of the Republic of Serbia until today. ADRA Serbia is part of a professional, effective, and growing network of ADRA International, which is known for its integrity and transparency. ADRA Serbia’s current work, under the leadership of its director, Igor Mitrović, involves response to the migration crisis, women’s protection and empowerment, the economic empowerment of Roma families, and support to homeless people.