Bruxelles, Belgum [ADRA news, Corrado Cozzi]. "A picture is worth a thousand words" is an adage in multiple languages, meaning that complex and sometimes multiple ideas can be conveyed by a single still image more effectively than a mere verbal description.

Borrowing this adage inspired by Henrik Ibsen, who originally said "A thousand words leave not the same deep impression as does a single deed”, ADRA Europe, in partnership with Children, Youth and Family Ministries of the Seventh-Day Adventists Church in Europe, launched an Art Contest ‘COMPASSION for ALL’ in order to encourages children, young people and family members across Europe to use their creativity to support people forced to flee their country.

Worldwide, more than 80 million people have fled their homes to escape conflict and persecution. This is a phenomenon too obvious to be ignored. For this reason the worldwide Adventist Church designated a Refugees Sabbath closest to the International Refugee Day, called by the United Nations, which is celebrated every year on 20 June to commemorate the 1951 adoption of the Convention Relating to the Status of Refugees by the UN General Assembly.

This year the Refugees Sabbath is June 19 and, after five annual editions organised to open a window to the reality of the refugees who now cross all the earth's latitudes, ADRA Europe decided to hold the Art Contest, calling on the sensitivity of the youngest. 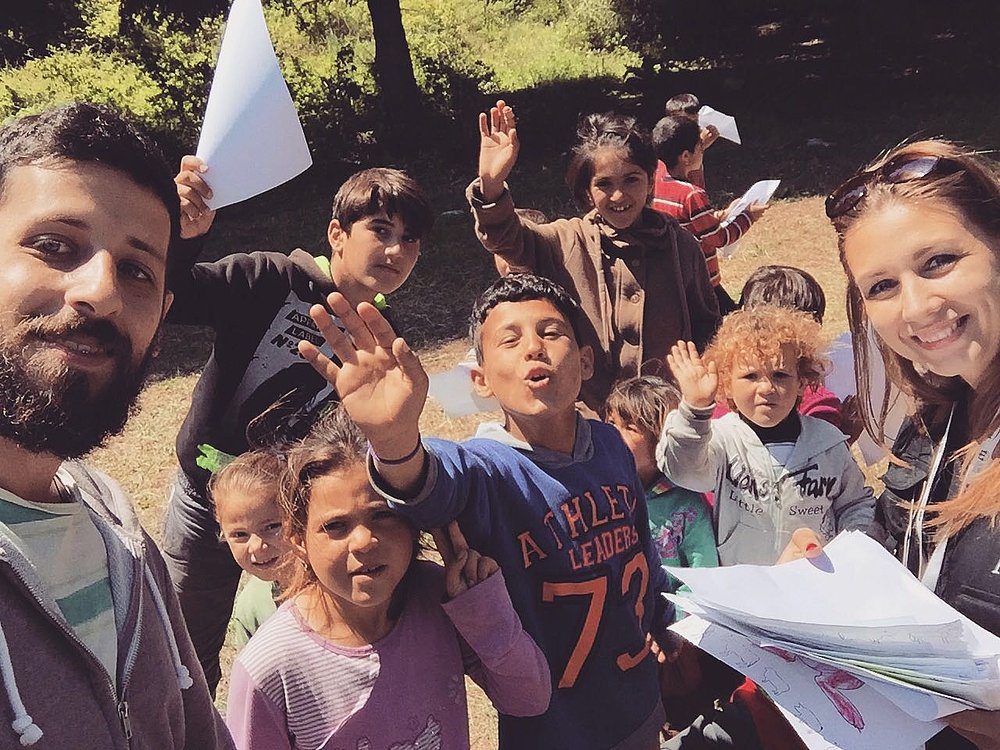 A teamwork headed by ADRA Europe organised the event inviting children and youth to use their talents and share the message where everyone deserves to be treated with practical kindness, justice, compassion and love – to live as God intended.

And the result was not long in coming.

Many children and youth sent their artworks, depicting the subject of refugees in their own style and cathegory. “I am happy to announce that we have winners of our first Art contest” said Maja Ahac, ADRA Europe Head of Advocacy. “Perhaps more could have participated, but in the end, we received pieces of art that move the heart.”

Finally, the teamwork is organising an Award Ceremony on Saturday, 19 June at 15:30 (BST) or 16:30 (CEST). The programme will be presented online on zoom platform due to the ongoing restrictions of the Covid-19 pandemic and it will also be streamed on ADRA Europe Facebook page.

"We invite everyone to participate in this special programme of awarding prizes to those who with their talents are raising the awareness of the world of refugees," invite Deana Stojoković, Trans-European Division of Seventh-day Adventists Communication assistant and Corrado Cozzi, former Inter-European Division Communication director. “Come and see, you will be surprised by the creativity and advocacy of our youngests.”

Who are refugees?
Refugees are people who have fled war, violence, conflict or persecution and have crossed an international border to find safety in another country. They often have had to flee with little more than the clothes on their back, leaving behind homes, possessions, jobs and loved ones.
These journeys, which all start with the hope for a better future, can also be full of danger and fear. Some people risk falling prey to human trafficking and other forms of exploitation. Some are detained by the authorities as soon as they arrive in a new country. Once they’re settling in and start building a new life, many face daily racism, xenophobia and discrimination. Some people end up feeling alone and isolated because they have lost the support networks that most of us take for granted – our communities, colleagues, relatives and friends.