‘Uncertainty’ is a leading multimedia project of the Adventist World Church, born in Europe, expressed in video productions, film, and other digital and print media that have earned great success even in the world of “secular” communication.

The Uncertainty project has had a long process of elaboration and implementation. It is the result of the joint work of different countries, media entities, and five worldwide regions of the Seventh-Day Adventist Church: Inter-European Division (EUD), Trans-European Division (TED), North American Division (NAD), Inter-American Division (IAD), and together or in association with several other divisions around the globe that participated through their collaborations.

The project started on February 2019 and was inaugurated in May 2020, during a GAiN Europe event online (due to COVID-19).

The work followed a ‘Potluck Model’ (community-centered model) and started with one idea, under joint coordination from Hope Media Europe, headed by Adrian Duré. It was implemented through different strategies and languages, according to the regions and countries involved. All the videos were produced in different regions by different media structures of the Adventist Church.

“This shows us, clearly,” commented Duré, ‘Uncertainty’ project manager, “that the content, the quality of the production, the stories are relevant, still relevant and interesting, even though the movie was produced almost 3 years ago”.

The last official selection for the film, Fathers, came from the UK Christian Film Festival; one of the most important Christian film festivals in the world.

“The past experiences after submitting films in film festivals have been tremendous,” continued Duré. “We got contacted, for example, by content distribution companies who have attended one of the festivals, watched the film, got interested in our productions and are now interested in distributing the content in the countries where they have representation. People from the film industry and content industry usually attend film festivals. When receiving a recognition or even a simple ‘official selection’, it means that our film is included in the screening evenings scheduled for the event. This is already fantastic, because people are in touch for the first time with ‘us’; thus, we can connect people from other contexts to our message, to our identity, to our hope,” concluded Duré. 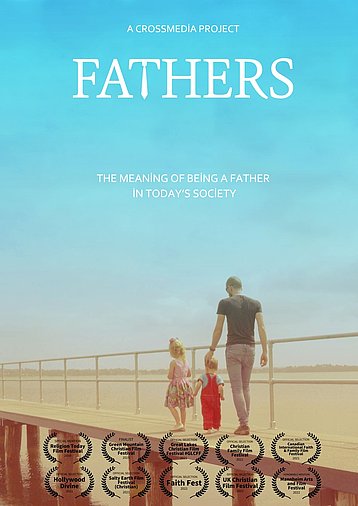 Recently, one of the episodes of UNCERTAINTY – The series – received two “official selection” recognitions in two different film festivals. “This shows us, again,” continued Duré, “that the topic (uncertainty) and the type of stories produced for this series is relevant and can impact many audiences around the world.”

The first season generated approx. 42 audio-visual resources, including a feat. film, a documentary series, more than 20 inspirational clips for social media, and much more.
These and more materials can be found here.

Since the COVID-19 pandemic continued during 2020 and part of 2021, the GAIN Team and the coordination team decided to continue producing new materials and resources until the beginning of 2021.

Thus, what we call “season two” of this project includes: four new episodes of the documentary series, a book, the Psalm 23 clip (for social media) and the U3 documentary film (produced by the North American Division for the project!).

All these resources and materials, of Season One and Season Two, are available on the webpage.

The World Premiere will be on November 12, 2021, on the Uncertainty web page.

The rationale of the project

The essence of the network project is to create content that is relevant and, fundamentally, that highlights inter-cultural relationships, Christian values, hope and create interesting, innovative content that can bring a first “contact” with non-Christian people.

Because of the inter-cultural aspect, the value of storytelling, and the genres and type of topics covered by the project, many non-Christians got been attracted to some of these productions and are in touch, for the first time, with the Adventist message and Church.

“We have a strong network; a unique network that can provide stories, inspirational stories that can touch the whole world,” rejoiced Duré. “We have a message of hope; a message that can bring peace and hope in this chaotic world. The inter-cultural aspect highlighted in all our network projects, together with the unique message of hope we have as a church, brings something particular and special in our productions. And, as we see it, apparently this content is relevant, creative, and can reach and touch many people around the world.”

"In time of "Uncertainty", love from God and care for others are two certainties you can live and trust. Please watch and share these films", so Paulo Macedo, Inter-European Division Communication Director.