Beginning in March 2009, the Hope Channel will broadcast 24-hour German programming via ASTRA satellite. The Commission for the Evaluation of Concentration in the Media (KEK) recently granted permission to launch this endeavor.

The Stimme der Hoffnung media center applied some time ago for a nationwide broadcasting license for their new German Hope Channel. Programming is to be supplied over the ASTRA satellite and the Internet. The KEK’s decision represents the final point of a multi-level licensing plan.

“We are very happy to now have a full time TV program in addition to our radio program, which aims to help people cope with life’s problems and become better acquainted with the Christian faith,” says Matthias Müller, director of the Stimme der Hoffnung media center.

In the course of the past few years, Stimme der Hoffnung has provided regular programming to multilingual Hope Channel Europe, thus gaining valuable experience in the television field. The full time broadcasts of Hope Channel German are produced in the studios of the media center in Alsbach-Hähnlein. Consumers’ acceptance and interest in our productions have been tested for several years through cooperation with the television stations Bible TV and rheinmaintv.

“In the first four years of Hope Channel TV, there has been an increase in broadcasting time in the German language from one to eleven hours per week. Beginning March 2009, the number of hours will climb up to 168,” states editor-in-chief Gabi Pratz. The new channel will broadcast Christian TV programs around the clock, over ASTRA satellite, seven days a week. 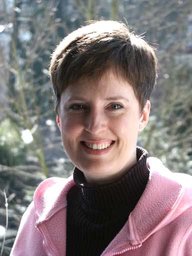 After a test phase which will run through February, Hope Channel German will be ready to launch its broadcasts in March. Already new series and ideas are being explored and filmed. Planning focuses on health issues such as the disease prevention and fitness, as well as on the multi-faceted needs of children and young viewers. There will also be news reports on events organized by the Seventh-day Adventist Church, reports on projects of the Church’s Development and Relief Agency (ADRA), and on initiatives carried out by local church communities, thus following the motto “Seek the welfare of any city to which I have carried you... ”(Jeremiah 29:7).

For the time being, Hope Channel broadcasts will continue to be received ten hours per week over the Eutelsat Hotbird. The Hope Channel Lichtblicke series with the television station rheinmaintv will only be broadcasted on Saturdays, from 16 till 16:30, as of March this year.

With its round-the-clock coverage, Stimme der Hoffnung provides programming on relevant topics. One of the station’s aims is to encourage people in an understandable and up-to-date manner to personally study the Bible and become acquainted with Jesus Christ.

Stimme der Hoffnung is run by the Seventh-day Adventist Church, which is represented worldwide in more than 205 countries, 51,000 churches, and a total membership of about 15 million.