“The time I spent in Cambodia was a special experience for me,” says Catrin Hoffmann, who participated in a 4-week development aid project in 2003. The project was sponsored by Marienhöhe Adventist Academy while Catrin was still a student of the academy. Ms. Hoffmann passed her university entrance diploma (Abitur) at Marienhöhe in 2005 and volunteered as a teacher in the academy’s partner school in Cambodia from September 2007 to September 2008. Catrin shared the following thoughts about her experience: “I was especially impressed by the friendliness and thankfulness of the people. Through them, I got to know a completely different culture. Teaching their children and caring for them was not only a great help for them but also for me as I learned a lot. I have remained in touch with the children since leaving and am always delighted when they tell me about their plans to do something good for their fellow countrymen. Cambodia has become an important part of my life.” 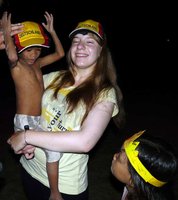 In 2001, a group from Marienhöhe Adventist Academy went to Cambodia for the first time to help in a development aid project. About 40 sanitary installations were established in a refugee camp located near the partner school. One year later, in 2002, the first orphanage was constructed on the campus.
In the following years, more orphanages and school rooms were built, sewerage were dug, a dispensary that had been damaged by termites was reconstructed and a diesel generator was supplied to produce electricity. Currently 120 orphans living in 5 houses are provided with clothing and loving care. This aid has been priceless to the Cambodian people as they have gone through many hardships. This help allows the children to get physically and mentally healed and also prevents them from becoming street children.

The students from Marienhöhe Adventist Academy cooperate with the local population. Friendships are made that often last for many years. The students learn to see the world from a different perspective. They learn that the values of these children differ widely from those in Europe. The students become aware of the luxury they live in; and that openness, friendliness and the fellowship of the children are worth so much more than money and life in abundance can offer.

The number of students graduating from Marienhöhe Adventist Academy who want to volunteer in the development aid project at their partner school in Cambodia is increasing. With great dedication, the volunteers care for the orphans and assume different tasks on the school campus.

On September 29, 2010, the students of Marienhöhe Adventist Academy organized various fundraising activities to earn the money needed to build dormitories for the teachers and volunteers working at the partner school in Cambodia. 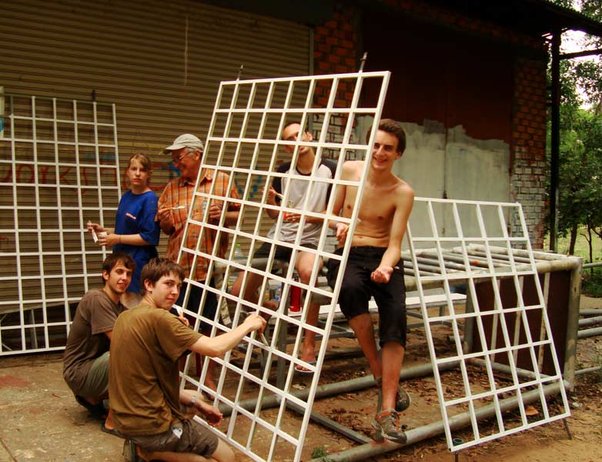