Because it was the 150th anniversary of the church, at the beginning of the conference they showed a historical review of its development starting from 3500 members in 1863. Today, the Adventist Church operates in 208 countries, counting 17.6 million members. "The hope of the return of Christ was the driving force behind the mission and growth of the Adventist Church", said Pastor Christian Ströck.

Pastor Ted Wilson, President of the Adventist world church, did not speak in English, as many of those present had expected, but preached in French. At Mount Carmel the prophet Elijah didn't surrender before the king of the north but stood up for a faith reform, so Wilson. "Switzerland has historically been a center of Reformation, and it will get its role back," Wilson said to the audience, "Today is the time to be faithful to God and to His message. It is time for Revival and Reformation again. God will remain faithful to His promises and Jesus is coming back soon!"

Questions for the world church leader

Two questions were selected by the Swiss Adventist Church: how to cope with the increasing secularization of Adventism and how to deal with women's ordination in a global church. Wilson answered these in the early afternoon. The increasing secularization of the Church is to be met with a return to the Word of God, according to Wilson. With regards to the ordination of women he did not get into the theological aspects of the question, but pointed to the global study commission employed in 2012, that will present its results to the world church in autumn of 2014.

On the question of the self-concept of Adventists to be entrusted with a special task within the Christian Reformed Churches, Wilson replied that this should not be seen as arrogance. It is a matter of commitment to this task and to remain humble. "Adventists should be best friends with all people," said Wilson, "but should not mix with ecumenical movements that would prevent them from fulfilling their mission.

After pointing out that the Adventist world church is rapidly growing in southern and eastern countries, Pastor Wilson was asked if there is a risk that national churches might become independent from the World Church. Wilson answered that of course the church will grow rapidly in such countries such as China and India, but a national Adventist Indian or Chinese Church would never exist.

In a subsequent ordination service three Swiss pastors were ordained to pastoral ministry. 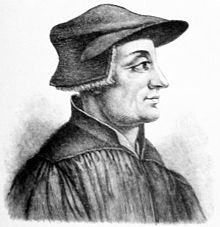 The Seventh-day Adventist Church has been represented in Switzerland for 146 years. The first church was established in 1867 in Tramelan. In 1901, the Swiss church was divided according to the language affiliations: the "Swiss German Conference", with its headquarters in Zurich and the "Fédération de la Suisse Romande et du Tessin", based in Renens, VD. Both administrative regions form the nationwide "Swiss Union." By the end of December 2012, 4,394 adult baptized Seventh-day Adventist were registered in the Church in Switzerland. Several hundred children and young people are not included in the number of members, as the Adventist Church does not baptize children, but leaves the decision to step into the church at an age when they can decide for themselves. In Switzerland, Adventists celebrate the Sabbath worship in 49 churches and in eight groups. 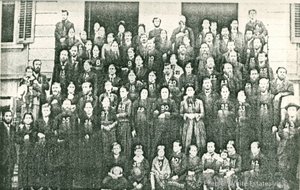 The Adventist Church in Switzerland run the "Private School A to Z" in Zurich, two youth meeting points in St. Stephen, BE and in Les Diablerets, VD, two nursing homes in Krattigen, BE and Epalinges, close to Lausanne, and the publishing house in Krattigen. In addition, they run the "International Bible Study Institute" (IBSI), the Religious Education Institute (RPI) in Zurich and the "Institut d'Etude de la Bible par Correspondance" (IEBC) in Renens. In Gland, VD the church runs the hospital "La Lignière", specialized in rehabilitation of cardiovascular diseases.

The "Adventist Development and Relief Agency", ADRA Switzerland, has its headquarters in Zurich. The "Adventist Press", APD Switzerland, based in Basel, focuses its services both to the secular media and to the church press. The Swiss Life & health Association, based in Zurich, offers seminars in 40 local groups to promote holistic lifestyle: physical, emotional, spiritual and social.

pictures: 1. The first seventh-day adventist church outside of North America. This small chapel built by the Roth family and dedicated by sister White in Tramelan, Switzerland on Christmas Day, 1886. The little wooden chapel was built in the garden of the Roth family home. Its upper room is still the meetingplace for the Adventist Sabbathkeepers in Tramelan. 2. Ted Wilson, GC President; 3. Ulrich Zwingli (1 January 1484 – 11 October 1531), leader of the Reformation in Switzerland; 4. The Swiss Conference meeting of 1885 held in Basel with Andrews, Vuilleumier, Wilcox, sister Ellen G. White etc. (copyright: White Estate).