Silver Spring, Maryland, United States [Ansel Oliver/ANN]. Ten years ago, Drs. Oscar and Eugenia Giordano held an advisory meeting of Seventh-day Adventist Church leaders in Africa with a mission of developing a ministry to the millions of people living with HIV/AIDS.

The denomination had just established an HIV/AIDS office on the continent and appointed the husband-and-wife duo as directors of the ministry. The disease was shrouded in shame, stigma and discrimination, and many Adventists in Africa shied away from talking about it. Many church members who had HIV were dying because they strongly resisted testing.

Four people showed up to that first meeting. 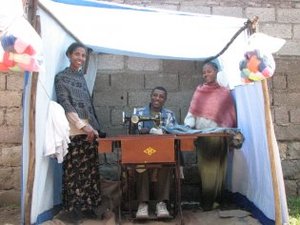 “We didn’t have anything. There was no network,” Giordano recalls. “The church wasn’t sensitized to this issue. We felt even the people at [the church’s world headquarters] who established our office didn’t even fully understand what was going to be involved.”

Now, a decade later, the Adventist AIDS International Ministry (AAIM) is coordinating and promoting hundreds of HIV/AIDS church-based support programs for those living with the disease in sub-Saharan Africa.

And this year’s 10th African advisory, held earlier this month in Nairobi, Kenya, drew 70 attendees, all of whom work directly for AAIM as coordinators in dozens of countries and church administrative units. But more than increased attendance at a meeting, it symbolizes the church’s acceptance of its role in fighting the pandemic, church officials say, and gives members and leaders resources to offer care and support to those with HIV/AIDS.

In the past decade, the Adventist Church has established more than 3,000 programs to help those affected by HIV/AIDS in 26 countries.

“As long as we remain faithful in responding compassionately to those in need, God will continue to provide resources needed in addressing great needs arising from this effects of this pandemic,” said Geoffrey Mbwana, an Adventist world church general vice president. “We have seen God do just that in the last 10 years of this ministry.” 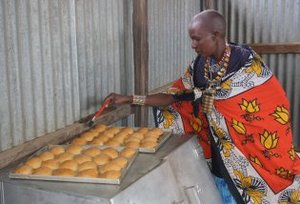 Granted, several local Adventist HIV/AIDS ministries had already sprouted in Africa by the year 2000. But many say a coordinated effort by AAIM has reduced the stigma associated with HIV/AIDS, which can often be the largest challenge in reducing the pandemic.

The Adventist Church’s Health Ministries director, Dr. Peter Landless, said no one in the denomination did more to urge the church to establish AAIM than his predecessor, Dr. Allan Handysides. “His insight from 15 years as a missionary in Africa, his experience as a practicing clinician, and his Christ-centered, grace-filled approach to health ministry helped church leaders see the need to confront the fear and stigma associated with HIV/AIDS,” Landless said.

Oscar Giordano says Ban’s point is still valid. The Adventist Church has made great strides, he says, but much work still remains.

“The stigma of HIV/AIDS is still very prevalent in our churches in West Africa, while in East and Southern Africa, where AAIM has worked for many years, it is much less marked,” Giordano said. 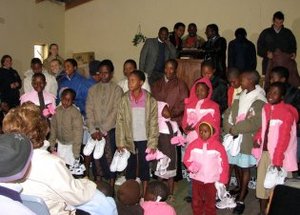 At this year’s advisory, leaders of regional Adventist HIV/AIDS ministries met at the denomination’s East-Central Africa Division headquarters to network and trade ideas for developing and implementing projects. Initiatives range from public awareness campaigns and income-generating economic opportunities for those infected with the virus to family support and individual counseling.

First diagnosed in 1981, AIDS – acquired immunodeficiency syndrome – is a disease that weakens the immune system, slowly destroying the body’s ability to fight infections and certain cancers. It is caused by HIV – human immunodeficiency virus.

The virus doesn’t make as many news headlines as in years past, but still kills nearly 5,000 people globally each day, according to the World Health Organization. HIV is most commonly transmitted through sexual contact, infected needles and mothers breast-feeding children.

The stigma in the Adventist Church – which promotes sexual abstinence before marriage and monogamous heterosexual unions – is that members with the disease were having an affair. Often, though, they contracted the virus through no fault of their own from an unfaithful spouse. Regardless of how the virus was contracted, church leaders want to minister and raise awareness about how to show compassion and care. But at first, even talking about the disease was awkward.

“Ten years ago, our churches in Africa were in almost complete denial on issues about HIV/AIDS,” Giordano said. “We now emphasize compassion and Christ’s love. Many people in Africa who contract HIV/AIDS lose their relationships, family and job.” 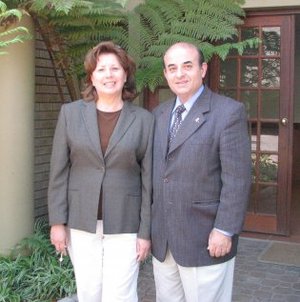 “The AAIM program is changing not only the lives of church members but also of the those in the community,” Keebine said. “I used to not be allowed to speak about HIV/AIDS or disclose my status in some churches, but today I am free to talk about AIDS-related issues. The church that used to be silent about HIV/AIDS is now vocal and church members are accepting people living with HIV/AIDS.”

The AAIM has found success through support groups, including meetings of several families, groups of patients, grandmothers, or women and children.

“It is very difficult for an individual to cope with HIV and AIDS alone, therefore, support groups are instrumental,” Giordano said.

In Zimbabwe, each of the approximately 1,500 Adventist congregations has an HIV/AIDS ministries director, and support groups serve more than 15,000 church members and community members, said Innocent Gwizo, Health Ministries director and HIV/AIDS Coordinator for the denomination’s Zimbabwe Union Conference. The government has invited Adventists to participate in HIV initiatives and given TV coverage to its programs.

“Stigma and discrimination have left our pews,” Gwizo said. “Holy communion is now served by those living with HIV, and their feet are washed by any other member of the church. All this was not there in the past.”

When people without HIV/AIDS get involved, the stigma and discrimination drops dramatically, according to Gabriel Maina of the King'eero Adventist Church and AAIM Training Center in Nairobi. The ministry at the King’eero church was launched in 2002 and has since served hundreds of people infected with HIV/AIDS with the help of more than 300 caregivers. The center has also supported more than 600 AIDS orphans.

For a while, HIV/AIDS was thought to be largely an African problem, but it’s a global issue, said Mbwana, the Adventist Church’s general vice president. “We now have a successful response which has been tried and produced positive results,” he said. The Giordanos have also served as advisors to the denomination’s North America, Inter-America and South Pacific divisions.

AAIM’s 10-year progress is particularly pleasing to many church leaders, including Zambia native Pardon Mwansa, also a general vice president of the Adventist world church. At the 2003 Annual Council, Mwansa, then president of the Southern Africa-Indian Ocean Division, told church leaders, “Many times I have been on an airplane to Africa and the person sitting next to me said they were going to Africa to study AIDS. I always wonder, ‘when is somebody going to come to actually do something about AIDS?’”