Chris Picco, an Adventist musician whose loss of wife and infant son last week has touched millions of lives through a YouTube video that went viral, said at a memorial service on Nov. 15 that he did not blame God and that he hoped to create something good from the tragedy.

Chris, holding his guitar at the Loma Linda University Church, where he leads a worship music service on Sabbaths, said Sabbath evening that he could not adequately express appreciation for the many prayers and e-mails sent by people who have watched the video of him singing a good-bye lullaby to his 4-day-old son, Lennon James, in a hospital incubator on Nov. 11. The boy died hours later in his father’s arms.

“I’ve had an outpouring of love and support. Most of them involve the words, ‘I know words aren’t enough, but …’” Chris said. “And now I know how that feels because when I say thank you to all of you, that’s not enough.”

Doctors performed an emergency Caesarean section to deliver Lennon after Ashley died in her sleep on Nov. 8. He was born 16 weeks premature.

The Ashley Picco Memorial Fund set up by the Loma Linda University Church has far exceeded its target of $50,000 for medical bills and other expenses. Contributions on the fundraising website YouCaring.com topped $155,000 by the end of the evening memorial service.

Chris said at the memorial service, which was live-streamed online from Loma Linda, California, that the big question on everyone’s mind was “Why?” He said there was nothing wrong with asking questions and acknowledged that he also was struggling to understand why Ashley, a 30-year-old nurse, and their first-born child had died. But he said he was convinced that God was not behind the deaths.

“I know that God did not compose this. God had nothing to do with this,” he said, speaking slowly and resolutely in unscripted remarks. “But I can see Him, tears streaming down His face, beginning to compose one note at a time this most beautiful melody that anyone’s ever heard.

“And I don’t know what that sounds like, but that’s the God that I believe in,” Chris said to loud “amens” in the packed church hall.

Chris recalled that he first met Ashley in New York several months after the terrorist attacks of Sept. 11, 2001, when they both worked as volunteers at Ground Zero. They married in 2007.

“We met as the result of a tragic, tragic event. … So something good came from something so tragic,” he said. Turning to his own recent loss, he added: “So from this unspeakable tragedy, that’s what I want. I want good to come out of this.”

Chris said a more important question than “why?” is “what now?” He indicated that he was already considering how he might assist people who, like him, have experienced loss, and he wondered whether he had a unique opportunity because of his viral video.

He choked up with emotion as he wrapped up his remarks. After taking a moment to regain composure, he closed the memorial service by singing a heart-rendering rendition of the hymn “This Is My Father’s World” on his guitar. The audience gave him a standing ovation.

During the service, family and friends paid tribute to Ashley as happy, respectful but “a little sassy.” They said she would have made a wonderful mother. Ashley’s uncle, Jim Wood, described her as “a serial hugger” and noted that “never a curse escaped her lips.”

Marie Reindel, a friend of Ashley for more than half her life, said she would miss how Ashley “smiled with her whole body and her whole heart.” She asked people in the hall to smile at the person beside them.

Another close friend, Michelle Fullner, said she had met Ashley while taking tae kwon do class and had slapped her in the face in a fit of jealousy over her superior martial arts skills. “She invited me to youth group with her,” Fullner said. “She thought that I needed Jesus.”

Several people recognized how the YouTube video had turned a personal tragedy into a public one, causing Lennon to touch many lives in his short four days. 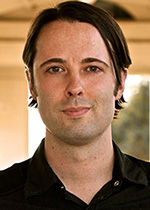 Tears mixed with laughter as the audience listened to the tributes.

Wood said his niece was a world-class cook but her cooking once caused a fire scare at Pacific Union College. He said Ashley, as a first-year student, scorched a dish in the oven while house-sitting for her aunt, the girls’ dean at the Adventist-operated college. The dorm filled with black smoke, setting of the smoke alarms and prompting the arrival of several fire trucks. The college president followed the screaming fire trucks to the dorm, where he found a red-faced Ashley waiting helplessly in the apartment.

It was “one of the most embarrassing days of her life,” Wood said.

He said that Ashley’s aunt later told her, “Well, at least you got a chance to meet the president.”