Alsbach, Germany, March 16, 2019. [CD-EUDNews. C. Cozzi]. On March 16, 2019, for the sixth consecutive year, millions of young people from the Seventh-day Adventist Church were united to "be" the program Global Youth Day, 2019 edition. From Australia to North America, passing through all 5 continents, millions of young people animated projects this year that had the commo 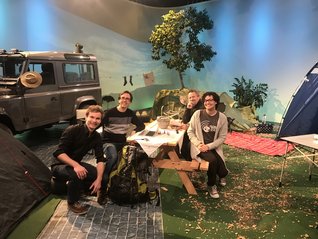 n goal of adoption.
And so, on the waves of the Hope Channel, the Adventist TV channel in Washington, US, hundreds of adoption-oriented projects were presented by various youth leaders around the world.

Among the most common adoptions: children in hospitals, elderly people in hospices, parks to clean up, and more you can see on GYD19 Adoption.

Global Youth Day was launched on March 13, 2013 by Gilbert Cangy, former Adventist World Youth Leader. The vision of GYD is to recapture the reality of Adventist youth as a global movement mobilized for service, contributing to the proclamation of the everlasting gospel and ushering in the second coming of Jesus Christ.
“There is a lot more to religious faith than simply going to church and listening to sermons,” said Gary Blanchard, current Adventist World Youth Leader. “The true practice of religion involves the revelation of God’s love by living out Jesus’s gospel commission as He bade us before He ascended to heaven. Grounded in the concluding words of Jesus in the parable of the Good Samaritan, “Go and do likewise” (Luke 10:25-37), the theme of the Global Youth Day is “Be the sermon.” 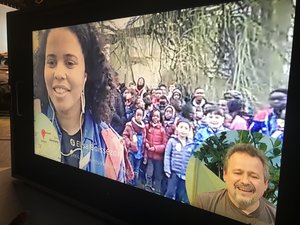 Those who saw the live program broadcast on the website GYD19 Adoption realized the great potential that the Adventist Church has allowed its youth to challenge in a society that continually needs to focus on the true values that make it safe. They are values that these young people have generously shared by adopting, above all, Jesus’ abundant characteristic of loving selflessly.

The Inter-European segment
From 16:00, Frankfurt time, until 18:00, it was the turn of the Inter-European Region (EUD), hosted by Jonatan Tejel, EUD youth leader, and his assistant, Alex Mora. 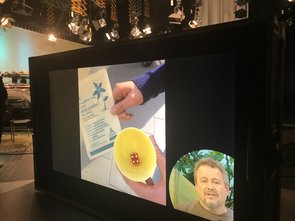 Different groups of youth were involved in varied projects like:
-  visiting kids in the hospital, people in need, in prison, along the street;
- distributing food, sandwiches, muffins, and tea, a special lunch for the homeless;
- animating street-focused health programmes including replacing cigarettes with apples, informing on health principles, offering free hugs, drawing people’s interest with attractive pantomime shows, blood donation; 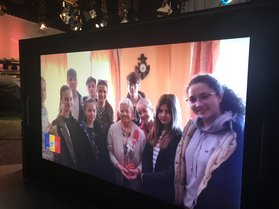 - sharing the beauty of the evangelical message in group meetings, distributing flyers with an Adventist invitation to study the Bible. One youth was baptized during the presentation as a testimony to be personally involved.
A group went to the police station and prayed for and with them.
Another group adopted a hospital in order to provide for a needed restoration.
An interesting activity was done to fight gambling. Youth invited people to respond to the society’s plea, sharing the message that gambling never wins.  A girl stopped, curious, and shared her sadness due to her father’s state as a gambling addict. She will carry the message to her father.  “It was a very stimulating service action,” said Martina Paris, one of the group leaders involved in the “no more gambling” campaign.

At the end of the day, many youths declared that they would like to have more days like this one. “This is my special dream,” declared Jonatan Tejel, “that these wonderful activities be realized many times throughout the year, and not only on one day, like today.” 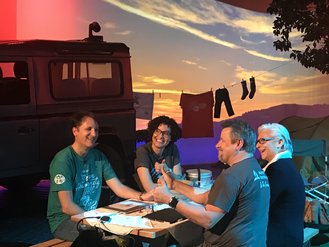 During the broadcasting, Jonatan interviewed EUD Children’s Ministries (CHM) Director Elsa Cozzi, sharing the huge potential the church can take advantage of, involving also children in the activities. Elsa explained that the CHM goal is to educate children to be the church of today, and the leaders of the future.

Alex interviewed Adventist Development and Relief Agency (ADRA) Europe Director Joao Martins, who explained the contribution that youth are giving to the ADRA project around the world, by being involved in community service

.  Joao Martins presented the petition Every Child Everywhere in School campaign, urging all youth of the church and their friends to sign the petition, gathering one million signatures. The petition calls leaders around the world to recognize that all children, regardless of race, age, nationality, gender, religion, or origin, have a right to earn and complete an education, and that being in school is a recognition of the value and potential of each individual child. 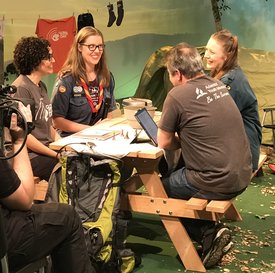 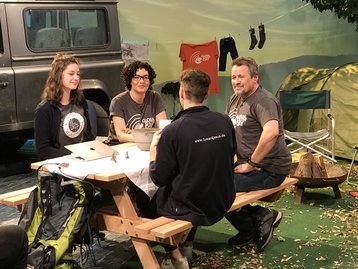 Alex and Jonatan also interviewed some youth committed to projects that required their involvement for more than one day. Two of them participated in the project One Year for Christ, where they live with their teammates during a year-long “GYD”. Two others youth explained their activities in favor of refugees, including helping kids to learn the language, giving them support to find a future, and sharing the beauty of a welcoming country.

The technical logistics of the EUD segment have been conducted by the Stimme der Hoffnung team, the former Global Youth Day hub for 5 years.

At the end of the GYD 24-hour marathon, Gary Blanchard announced the theme of the next GYD20: I care. “Guys, you have a year to prepare your next sermon!”