August 08, 2014 | Silver Spring, Maryland, United States | Ansel Oliver/ANN
The Seventh-day Adventist Church’s top health official urged Church employees and members to not travel to and from countries in West Africa affected by the Ebola epidemic, a recommendation that comes on the day the World Health Organization declared the outbreak an international health emergency. 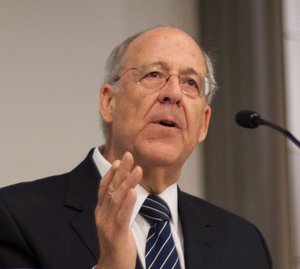 The outbreak across three West African countries has killed more than 930 people during the past six months, including an Adventist Church member. Church member Joenpu Loweal, a 27-year-old nurse, died after contracting the Ebola virus while working in her job at Phebe hospital in Liberia’s Bong county, said James Golay, president of the denomination’s West Africa Union Mission.  In an email to presidents of each of the denomination’s 13 world divisions and two attached fields, Landless recommended:

• Avoidance of travel from the affected countries—Liberia, Sierra Leone and Guinea—to conferences elsewhere until there is clear evidence that the epidemic is abating and under control.

• In the most severely affected areas, avoidance of attendance at public gatherings.

• When meeting and greeting, please avoid hugging and other cherished public displays of affection during this difficult time.  “These recommendations are stringent, but necessary, and reminiscent of those suggested during the SARS outbreak a few years ago,” Landless said.

The WHO today declared the Ebola outbreak an international health emergency and urged several heads of state to declare a state of emergency. According to media reports, WHO Director General Margaret Chan said at a news conference today that the affected countries are unable to manage the outbreak on their own. 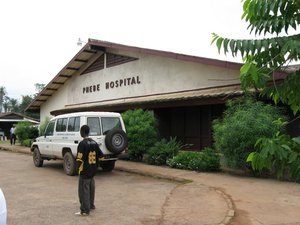 The operations of two Adventist hospitals in West Africa are being closely monitored by officials at the world headquarters and by California-based Adventist Health International, which oversees the two facilities. In an interview, Landless said there is close collaboration between the Adventist Church’s headquarters, AHI and the denomination’s Loma Linda University in dealing with crisis.

Landless said Cooper Seventh-day Adventist Hospital in Liberia has been designated as a non-Ebola hospital. The Liberian government has mandated that patients suspected to be infected with the Ebola virus should be sent to government hospitals specifically designated to treat the disease, he said.  “We’re working to ensure as much as possible the safety of patients and personnel, and we’re doing our best to remain a support to the overburdened health system during this very difficult time for the affected territories,” Landless said.

Church leaders said they are also monitoring operations at Waterloo Seventh-day Adventist Hospital in Sierra Leone.  “Our prayers, thoughts, and support are with all who are affected and infected,” said Orville Parchment, assistant to the Adventist Church president.

Ebola is spread through contact with bodily fluids and tissues of an infected person. Those most at risk are healthcare staff and family members caring for someone affected with the virus, according to the WHO. Ebola kills up to 90 percent of people who contract the virus.

The current Ebola outbreak is the largest in the virus’ 40-year history, health officials said.   Leaders at the Adventist Church headquarters said they have monitored the situation for several months based on information from the WHO and the Centers for Disease Control.   In recent weeks, Adventist leaders in West Africa have postponed scheduled conferences, including a youth rally and a Women’s Ministries meeting.