After the presentation of all reports and the normal business on the agenda, the Inter-European Region (EUD) president, Mario Brito, opened the floor to a dialogue concerning the vote on the so-called compliance issue, taken at the Annual Council of the General Conference of Seventh-day Adventists (GC) held in Battle Creek, Michigan, on October 14, 2018. 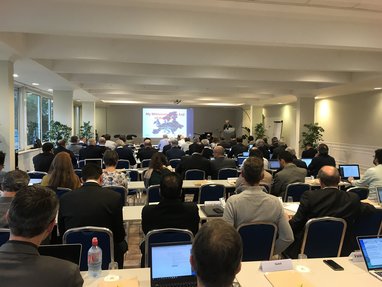 This vote incited reactions from the world Church, mainly in the Western part of the world, and particularly in North America and Europe. Now the opportunity was given to the Excom members to express their reflections and concerns, not only amongst them, but also with the president of the General Conference, Pastor Ted Wilson, who chaired the committee at the Annual Council when the vote was taken, and who was a guest of the EUD Yearend meeting. (read the article here).

The discussion was centred on the compliance question: its purpose, its role, and its implementation. One of the main topics often discussed in direct connection to this document, i.e. Women’s ordination, was not addressed as such but, in the context of the compliance issue, as one possible item amongst others.

The discussion revolved mainly around the following topics: 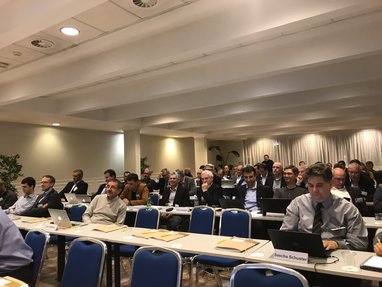 Two things were supported by the persons present: first, the complexity of the whole compliance question and that there could not be an answer by simplification to a complex issue. Second, that the whole approach of the compliance issue could be made from two completely different perspectives: the cultural approach, meaning by that cultural differences exist/have their right within the church, and the theological unitarian approach.

Over the last years, church administrators had noticed a growing tendency towards division and polarisation in the churches of the European fields, and that the creation of this document had brought additional turmoil all the way down into the local churches. Pastors and church members wondered whether this represented a paradigm shift in the structure of the Church, and where it would finally lead.

Another concern directly related to the above is the role of the Union administrators and the fact that they called more and more to the local churches and the pastoral body to be the balancing and motivating force, building up trust in the Church. As one of them stated: “Should we, as administrators, spend our time, our motivation, our strength on these things instead of concentrating on how to motivate towards the mission?”

The church system, based on democracy, was upheld and supported. Based on the image of the Body representing the Church, the reflection was added that the whole body can function properly only if all parts of the body, small and big, are well. Therefore, it was important for the well-being of the world Church to also help the small parts, thus the minority in the result of the vote, who may now find themselves in delicate situations. 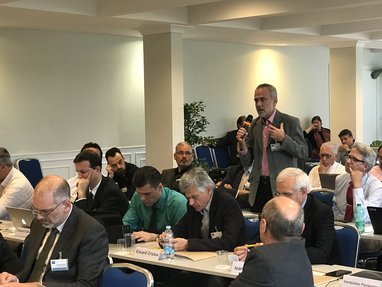 Pastor Ted Wilson replied to some of the questions and observations made, recognizing that the church system based on the democratic model is an excellent model, yet at times not entirely satisfactory when a vote does not reach a complete consensus. He expressed his understanding and the willingness of the Church administration to continue the dialogue with the world field.

Elder Wilson explained, again, how this topic had come up and how the process had been started, in respect to the rules and regulations as in the Working Policy. He particularly encouraged everyone to concentrate as much as possible on the Mission with these words: “I would urge you to not focus on this problem but to focus on the mission in front of you.” He added, “We are the body of Christ, and we need to pull together in a wonderful way. If we are really focused on mission and not on our own peculiar opinion, I believe that the Lord would bless us enormously.”

The EUD president, Mario Brito, concluded this session by thanking the Executive members and Elder Wilson for the open, respectful exchange and said: “We will try our best to fix, in a brotherly manner, whatever needs to be fixed for the benefit of the Church”.