More than 7 billion people are living in the world, including 2.2 billion children (aged 0-18) – amongst them millions of children and young people without parental care or at risk of losing it.  There are an estimated 151 million children worldwide who have lost one or both parents. They are the most vulnerable and marginalized group throughout society.

Many face abuse, neglect, trafficking to other countries, hurt and much more. Children at risk need to be protected and helped so that they can use their God-given talents to their fullest. They need our prayers.

Children worldwide suffer insidious forms of violence, exploitation and abuse. Violence against children knows no boundaries. It happens in every country, and in the places children should be most protected – their homes, schools and online. It can be physical, emotional or sexual. And in most cases, children experience violence at the hands of the people they trust.

Children in humanitarian settings are especially vulnerable. During armed conflict, natural disasters and other emergencies, children may be forced to flee their homes, some torn from their families and exposed to exploitation and abuse along the way. They may be injured or killed by explosive weapons in conflict, or recruited by armed forces.

In Nepal, children are sometimes treated as a commodity. Some parents are taken in by traffickers’ promises. Others know the ugly truth, but agree to it because they know the money will feed the family. People are most susceptible to the traffickers’ offers when they are poor and unaware of the risks, and when their children have dropped out of school. 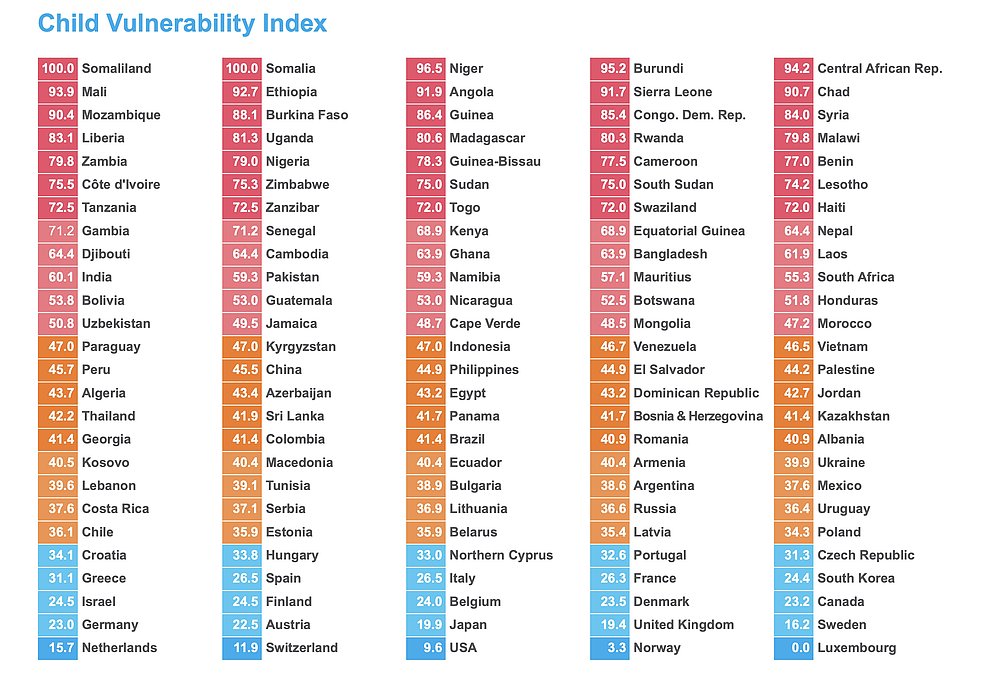 The transforming power of education

What single thing can you do to reduce infant mortality, combat poverty and prevent disease? Educate girls. Research shows that investing in girls’ education is crucial. But in Uganda, fewer than one in five girls makes it to secondary school, forced to drop out early because of poverty, discrimination or pregnancy.

Children belong in families, not institutions

In Uganda, 50,000 children are growing up in children’s homes, but only a minority are orphans. Poverty or family breakdown lead many parents to leave their children in institutional care.

Children with a family have people to love and support them even after they turn 18. But a child in an institution, even a well-run one, is significantly less likely to thrive.

Murder rates in Central America are the highest in the world. Violence has become normal, and this tragically even extends to children in their own homes. Their daily lives are defined by violence, volatility and sexual abuse.

No matter their story or circumstance, all children have the right to be protected from violence, exploitation and abuse.

For more information about this special day, please go here.