Refugees are defined as people forced to leave their country in order to escape war, persecution, or natural disaster. Refugees are not statistics — but people, mothers, fathers, children, and the elderly, whose lives have been turned upside down by prejudice, conflict, violence, or human rights violations.

Of 70.8 million forcibly displaced people worldwide, 41.3 million are internally displaced people (IDP), 3.5 million asylum seekers, and 25.9 million refugees - according to a 2018 UNHCR report. That means, they have been forced to flee their own countries entirely, leaving their homes behind and becoming refugees. They often have had to flee with little more than the clothes on their back, leaving behind homes, possessions, jobs, and loved ones.

One-third of refugees (6.7 million people) are hosted by the world’s poorest countries. Half of the world’s refugees are children, and more than a half of school-aged refugees do not attend school.

Refugees are defined and protected in international law. The 1951 Refugee Convention is a key legal document and defines a refugee as: “someone who is unable or unwilling to return to their country of origin owing to a well-founded fear of being persecuted for reasons of race, religion, nationality, membership of a particular social group, or political opinion.” 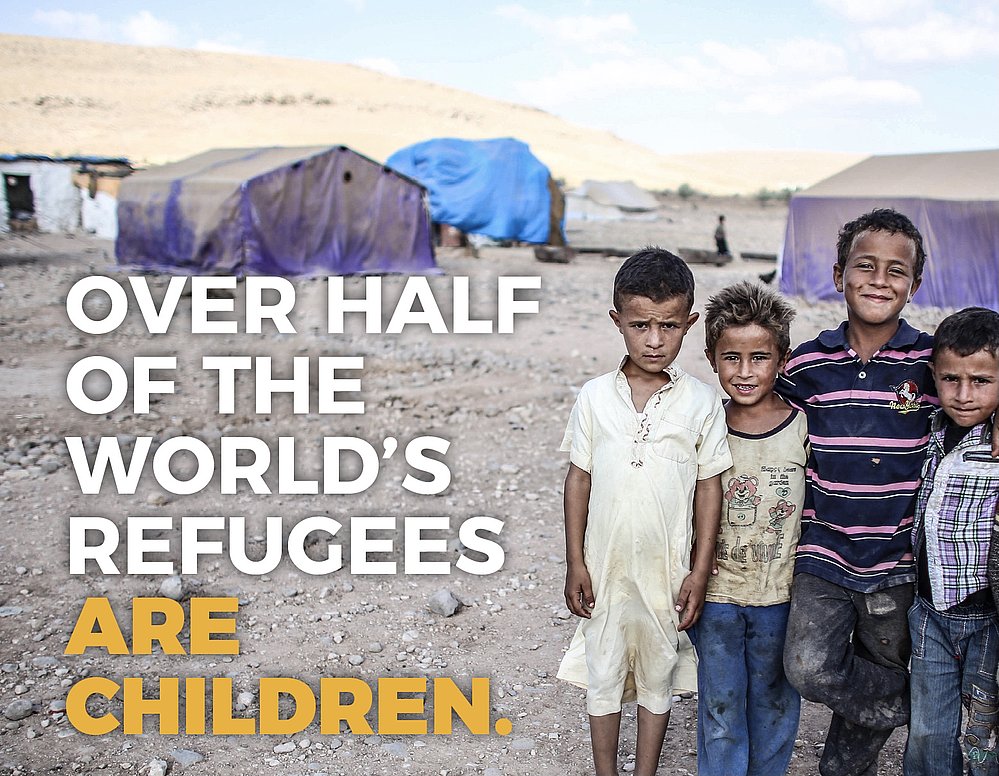 The Adventist Development and Relief Agency (ADRA) has been working for decades to help refugees, in Europe and worldwide. Among the many projects implemented in Europe by ADRA Europe, we would like to mention an important one in Dunkirk - one of the largest and ‘worst’ refugee camps in Europe. There are around 400 refugees in the area of Dunkirk, or even more.

In order to contribute to the integration of refugees in Germany, the Seventh-day Adventist Church, the Advent Welfare Organization (AWW), the Adventist University of Friedensau (ThHF), and ADRA Deutschland have launched the initiative "Together for Refugees". The projects are developed at the grassroots level of the congregations, helpers' circles, as well as in small associations linked to the AWW. Here you can find an overview of the projects.

Finally, ADRA Italia provides migrants with different services that can help them on their path to social integration in the Italian territory: Italian courses for adults; canteens; day centres; animations; training meetings. The services are carried out with the aim of favoring the cultural, social, and work integration of the foreign population.

ADRA is the global humanitarian arm of the Seventh-day Adventist Church—part of the 20-million strong Adventist community, with hundreds of thousands of churches globally, and the world’s largest integrated healthcare and education network. ADRA delivers relief and development assistance to individuals in more than 118 countries—regardless of their ethnicity, political affiliation, gender, or religious association. By partnering with local communities, organizations, and governments, ADRA is able to deliver culturally relevant programs and build local capability for sustainable change.